This review recently showed up on GAMBiT Magazine. I thought it did a good job of nailing the essence of the book, so I decided to share it here. 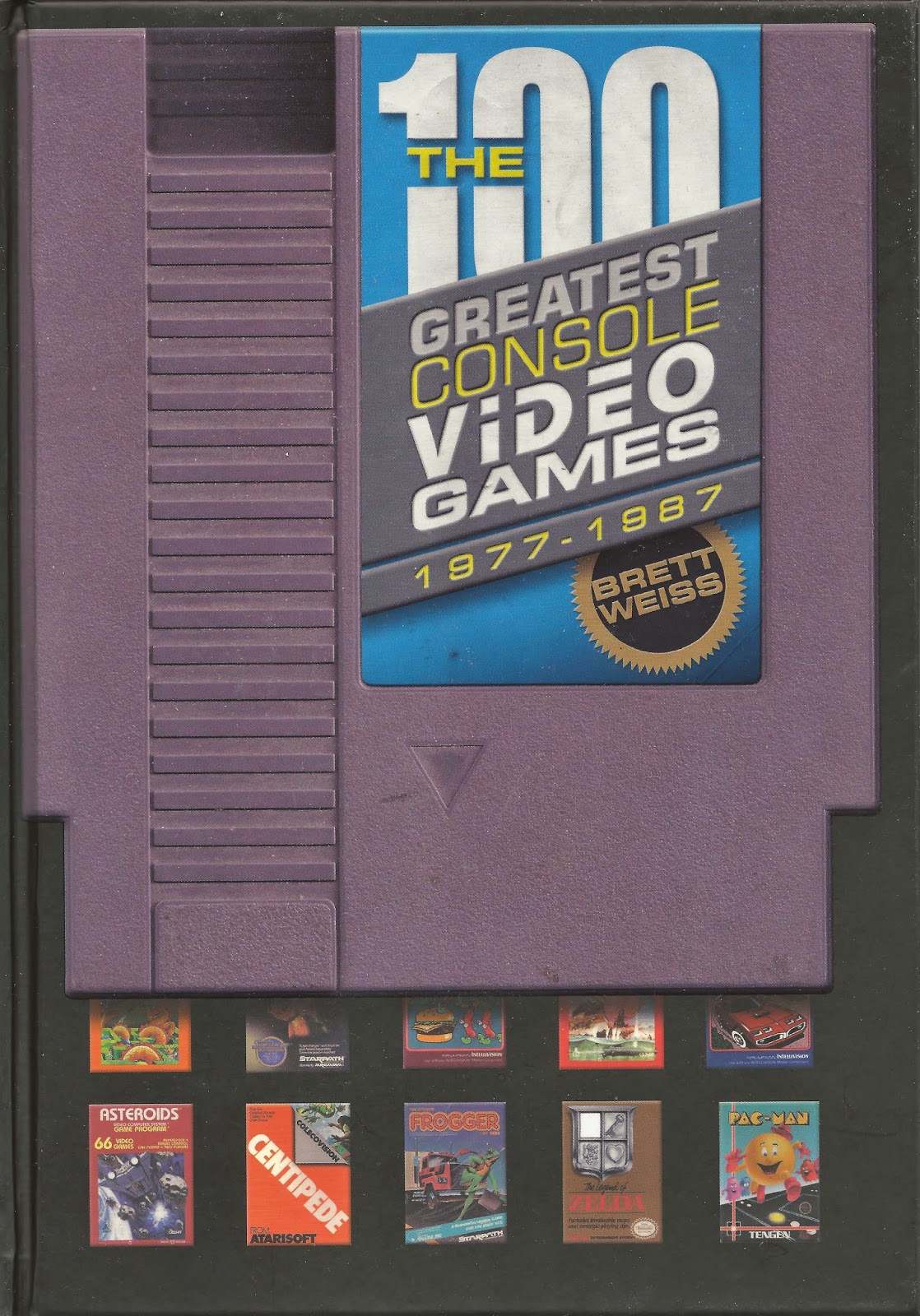 Top 100 (or insert random number here) books have been around for ages. They tend to make great coffee table books, but it takes something really special to start conversation. Brett Weiss has done just that with his book The 100 Greatest Console Video Games 1977-1987 from Schiffer publishing.

In a day and age where the internet has nearly made these sort of book a moot point, this book does the almost impossible and becomes a needed text for everyone that considers themselves a connoisseur of classic games. I pride myself on my knowledge of retro video games,with publications and outlets coming to me for info, but even I came away from reading this book knowing much more than I could have ever imagined.

Instead of just throwing together a full multiple page spread with a few generic tidbits and “personal feelings,” The 100 Greatest Console Video Games 1977-1987 reads more along the line of an educational text-book. I mean this with only with only the highest of compliments as just like with an excellent text-book you learn a lot more because of the way in which the information is provided. With each game featured readers are given a surprisingly in-depth history lesson and a succinct explanation on just why it made this list.

It’s pretty impressive when a book has you arguing with your friends over a marathon session of classic NES games, but you’ll be arguing with the author about his choices. In the same vain you may start out disagreeing with a game making the list, but after reading all the details and impact it had, find yourself on the same page as the author. The book is also helped by its clean and easy to follow layout that isn’t full of the kind of in your face styling that is generally associated with anything video game related.

The 100 Greatest Console Video Games 1977-1987 features some 400 color photos that will excite the senses on every page. Explanations and fun-facts litter these photos and not only offer more information on each title, but will force you to lock up your wallet for fear of tracking out all these gems to play for yourself.

It is important to note that The 100 Greatest Console Video Games 1977-1987 isn’t the kind of book that “gamers” today might be expecting. As the book covers the early years of gaming (1977-1987 to be precise) most gamers weren’t even born yet, heck, some of their parents might not have even been born or gaming yet. This text opens up a world that will no doubt be foreign to many, but one that is important and necessary to all gaming fans.

It doesn’t matter how old (or young) you are, if you are a hardcore collector like myself or a casual player, The 100 Greatest Console Video Games 1977-1987 will educate everyone on a much simpler time when making and playing games was the wild west and full of limitless possibilities.