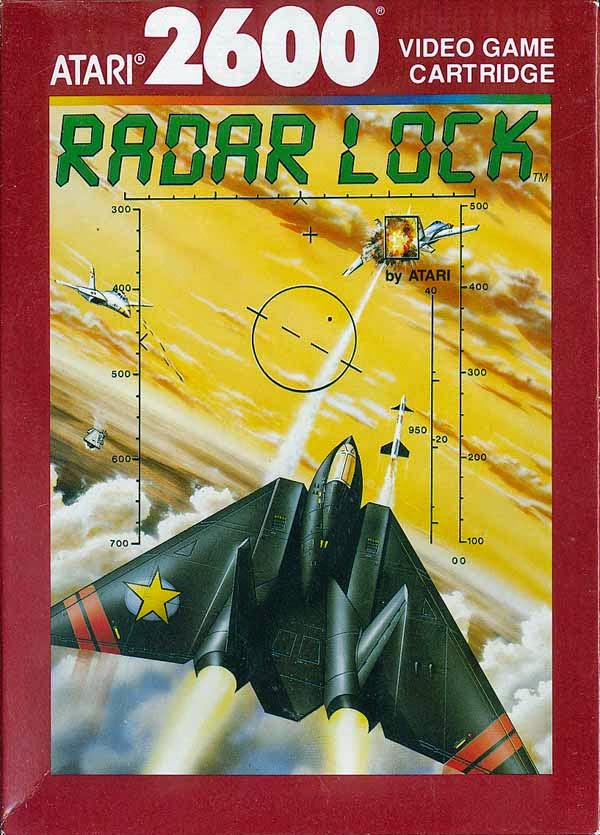 As the pilot of a delta-wing fighter, you are engaged in air combat with an unnamed enemy. With your arsenal of guided missiles, proximity missiles and rapid-fire machine guns, your job is to blow an assortment of drones, interceptors, patrollers, escorters, stealth fighters, bombers and super bombers out of the sky. You are given a limited amount of ammo for each weapon, and other than the drones, each of the enemies can shoot back at your fighter.


To help you find the enemies and the much-needed fuel tankers, your ship is equipped with a long-range radar. Also, you've got a missile-lock radar to help you aim your guided missiles. These missiles are especially useful for destroying bombers.

has five missions, each of which is composed of two waves. At the end of each mission, you must refuel while in flight.

In the two-player mode, the flight officer flies the ship while the weapons officer selects weapons and fires them. The action in both modes of play is viewed from behind the fighter. 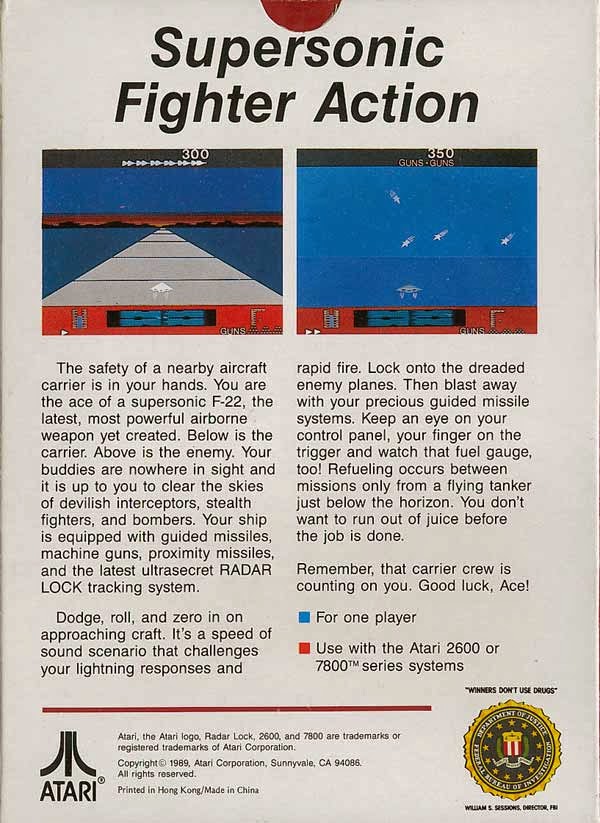 When playing Radar Lock, the complexity and graphic sophistication is impressive. If compared to shooters produced during the prior decade (such as Combat), Radar Lock looks like it was created for a much more powerful system. When compared to Atari 2600 games released around the same time period, it still looks very good. But it pales in comparison to Solaris, a similar title that was also made by Atari. Both games do a good job simulating 3D graphics, but Solaris is a stunningly gorgeous game while Radar Lock merely looks fantastic. Solaris also wins in the sound effects and gameplay departments. 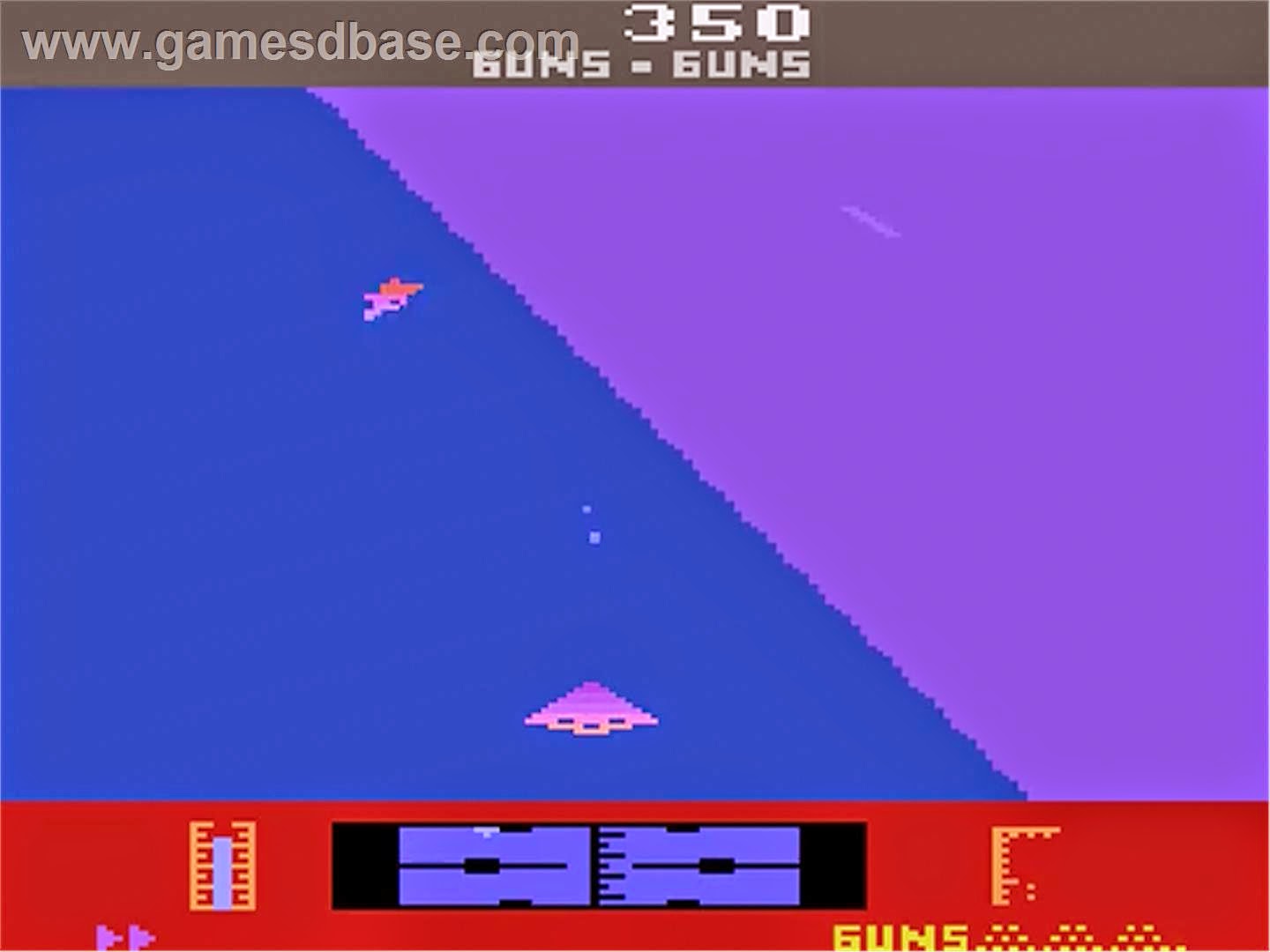 Despite the fact that it is not as good as Solaris, that doesn't mean Radar Lock is bad. It's an unusually complicated game relative to most other Atari 2600 shooters, and it features a unique two-player mode wherein one player flies the ship while the other selects weapons and fires them. Also, there are five separate missions, similar to what you might find in an NES cartridge.

The one-player mode is rather awkward to control because you must use both joysticks. The primary joystick controls the direction of the ship and the firing, while the secondary controller handles weapon selection. Depending on which part of the game you are in, both controllers are used to adjust your ship's speed.

The drones, interceptors and other enemy ships look good coming from the distance to the forefront of the action, and shooting them out of the sky is relatively fun. However, the real challenge comes when you must destroy a bomber or refuel your ship. Not are these tasks challenging, but they can also be downright frustrating. The long-range radar shows you where you need to go, but it's kind of hard to maneuver your ship in the proper direction, especially if you are new to this type of game.

Produced during the latter portion of the Atari 2600's long and illustrious life, Radar Lock is an above average game for a system that was on its last legs.