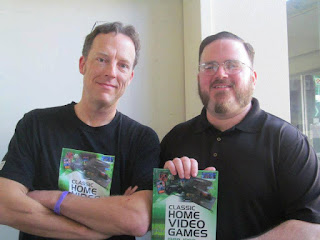 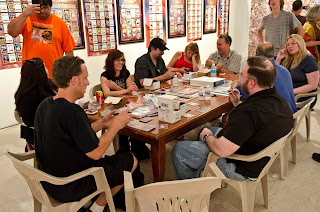 I met Matt Miller at the 2013 Texas State Trading Card Premiere in Austin. We were awarded cards and certificates by Walter Day for our accomplishments in the video game field. The next year we met up again at a similar event in Fairfield, Iowa. Matt and I became fast friends and have kept in touch ever since. Matt is a fierce gaming competitor as part of Team Mayh3m (with Michelle Ireland), earning several Guinness World Record for the Gamer’s Edition series. He appeared in the Nintendo Quest documentary, among other accomplishments. He’s also a very talented writer. His stories in my SNES Omnibus books are excellent, as are the ones in my forthcoming NES Omnibus Vol. 1, which is shipping in December. More importantly, Matt is one of the nicest, most sincere guys you’ll ever meet. Matt is super supportive of my work, and I’m honored to call him a friend. 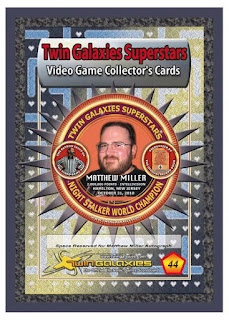 It’s embarrassing to admit, but I was very much a latecomer to this title. In late 1992, I finally convinced my parents to purchase a Super Nintendo for me as a Christmas gift. At the time, the fighting game craze was kicking into high gear, and I had spent much of the fall dumping a small mint’s worth of quarters into the local Street Fighter II: Champion Edition arcade machine. Thus, when it came time to provide the specifics for my SNES, I asked for the basic SNES Control Set and Street Fighter II: The World Warrior. The rationale for opting for the version of the SNES without the Super Mario World pack-in was twofold. First, it was a time when the holiday budget was particularly tight, so a scenario involving two games was not going pass muster.  Second, in my jaded 13-year old-gamer’s mind, the Super Mario Bros. franchise had obviously peaked with Super Mario Bros. 3, and the thought of a new adventure in “Dinoland” elicited a roll of the eyes and a quite vocal “Pfft!”  My mind was set on besting Bison, not Bowser again.

Flash forward nearly nine years. My father was on the verge of getting remarried, and I had an expanded family as a result. I was now an older brother, and as a self-appointed duty, I felt it only proper to give my new younger brother Dan a thorough education in the classics of the NES and SNES eras. To my surprise, I found out that he had once owned a SNES but had long since traded it in for another console. The only remnant from that collection was his Super Mario World cart, which he insisted that I try. At first, those ghosts of my early teenage years resurfaced, and with them, the urge to dismiss it yet again. However, in an effort to be more open-minded, I gave the game a whirl, and almost immediately I wanted to kick myself for my apathy towards it years earlier.

Over the course of the weeks that followed, he and I spent countless hours playing through and uncovering all of the game’s multiple level exits and secret areas. To this day, that time period is still one of my fondest with respect to gaming memories. It may have taken me the better part of a decade to catch on, but with the aid of a wise sibling, I eventually saw the brilliant light of the masterpiece that is Super Mario World. - Matt Miller