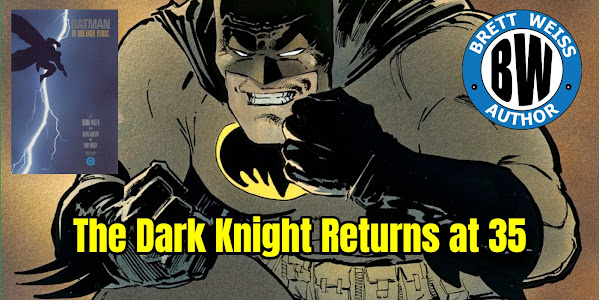 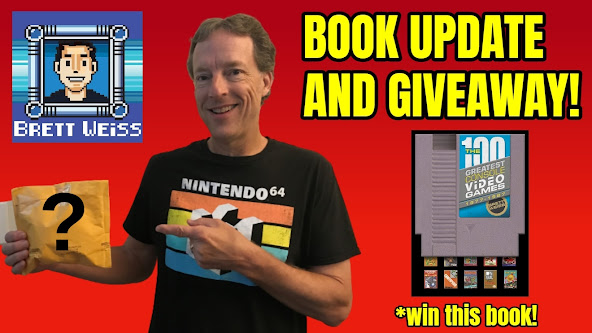 I'm super excited to announce that I completed the manuscript for book #13! The book will release next year. To celebrate, I'm giving away a signed hardcover copy of The 100 Greatest Console Video Games: 1977-1987. To enter the random drawing, all you have to do is comment on THIS VIDEO. US residents only. Thanks for playing! I will announce the winner July 1.

**Here's the Amazon description of the book I'm giving away:

There have been many top 100 books before, but rarely one like this. Here are the best of the early video games, shown in over 400 color photos and described in incredible detail in the entertaining and informative text. Each game’s entry features production history, critical commentary, quotes from industry professionals, gameplay details, comparisons to other games, and more. This book celebrates the very best of the interactive entertainment industry’s games from this highly crucial, fondly remembered decade. This pivotal period was marked by the introduction of the indispensable Atari 2600, Odyssey2, and Intellivision, the unleashing of the underrated Vectrex, the mind-blowing debut of the next-gen ColecoVision and Atari 5200, plus the rebirth of the industry through Nintendo’s legendary juggernaut, the NES. Whether you’re young or old, new to the hobby or a hardcore collector, this book will introduce you to or remind you of some of the greatest, most historically important games ever made.

WHAT THE EXPERTS ARE SAYING:

*You can always depend on Brett Weiss for the world's most thorough deep-dive on vintage 80s and 90s gaming. There's no one I know that's more knowledgeable on the game systems we all fell in love with years ago. His books are a must-have for any modern-day gamer wanting to get an old school fix. His books won't just prove a dose of nostalgia, you'll also discover games you never even knew existed! - Adam F. Goldberg, creator of "The Goldbergs" hit TV show

*This is an amazing book...detailed information...very high quality all around. - 8-Bit Eric

*Truly beautiful from cover to cover...It should be a fixture on every coffee table in a video gaming household...Each section of the book is well-written and accompanied by high quality artwork and photos. - Patrick Scott Patterson

*If you love video games and have a fondness for the Golden Age of gaming, 100 Greatest Console Video Games: 1977-1987 by Brett Weiss will bring you back to those simpler days when games were just plain fun. Even if you owned an Atari, Coleco, Mattel, or Nintendo game console, Weiss' book adds additional context and info that will interest any gamer who loved this era. - 8-Bit Central

*Whether you're an avid collector, or even just casually interested in gaming history, 100 Greatest Consoles Video Games is a must-own. Weiss has written exactly the kind of guide knowledgeable enthusiasts will savor as a handy reference, while those with a budding passion for console gaming will find it a revelatory guide for navigating through the format's incipient offerings. If he has any intention of doing so, I certainly hope he takes on subsequent eras of consoles leading up to the present day. - Marshall Garvey (Last Token Gaming)

*I was really impressed with this book...high quality...I really like it...a nice item to have - John "Gamester81" Lester

*Ever crack open a book and instantly know you're going to love it? This one's kind of like that...One of the best things about these write-ups is that Weiss doesn't try and hide his enthusiasm in the least. Not sounding like a dull history lesson, he actually gets excited just talking (well, writing) about his favorites, and that makes him come across like the game fan that he is. As a fan myself, that's refreshing and makes for a much more interesting read...a joy to read...beautifully illustrated and put together, with fantastic box art, screenshots, and even occasional cartridge pictures...Its colorful presentation is printed on some excellently heavy stock as well, with big and glossy pages that are easy to thumb through and just plain fun to read. - Brutal Gamer