Celebrity Deaths of 2017 - The Ones that Impacted Me the Most

Similar to 2016, it seems like an inordinate number of celebrities diedlast year, most notably actors and musicians. Also like last year, I’ve cataloged the eight celebrity deaths that affected me the most, in order of importance. All human life is valuable, but, like everyone, I felt the sting of certain deaths more than others. 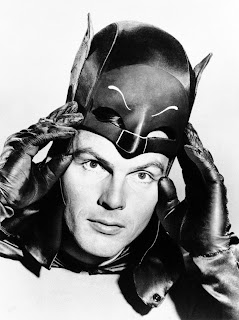 . During the early 1990s, when I was the co-owner of two comic book stores in the Fort Worth, Texas area, my business partner and I worked out a deal with the owner of the Dallas Fantasy Fair to have Adam West out to our store to meet and greet fans and sign autographs. Our cost was $500 to have him out for two hours, and it was well worth it. He was funny, friendly, and engaging, and his appearance generated a lot of good will for our business.

Years later, I spoke with Mr. West over the phone for an article, and he gave a great interview. If you would have told my Batman-loving nine-year-old self that I would do business with the Caped Crusader someday, I wouldn’t have believed you. Dreams do come true. R.I.P., Batman. 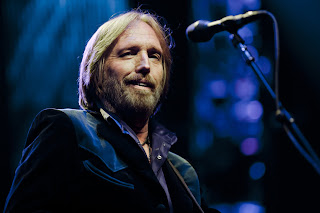 . When I was in high school in the early to mid-1980s, I, like many people, would purchase blank cassettes in order to record a collection of songs. These, of course, were called “mix tapes,” which were a great way to have a variety of my favorite tunes on the go, long before the era of iPods and downloads.

My best friend and I created a series of mixed tapes we called “The Ultimate Tape” (volumes 1, 2, and 3), which included tracks by KISS, Van Halen, the Rolling Stones, and others, including southern rocker Tom Petty. We listened to “Stop Draggin' My Heart Around,” one of Petty’s duets with Stevie Nicks, over and over again, and to this day it’s one of my favorite songs. I could go on and on about the greatness of the southern rocker, but I’ll let Netflix do the talking. Next time you have four hours to kill, watch the excellent documentary, Tom Petty and the Heartbreakers: Runnin’ Down a Dream. 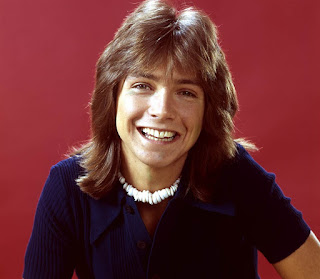 . As a kid during the 1970s, I spent plenty of time outside, riding my bike, going on adventures, and playing sports with friends, but TV was a steady part of my life as well, especially during cold, windy, winter months when bronchitis kept me inside. I wasted way too much time watching sitcoms, including The Brady Bunch, I Dream of Jennie, Bewitched, and, yes, The Partridge Family.

I thought Keith Partridge, as played by Cassidy, was the epitome of cool. He had perfect hair and a perfect smile, he was a rock star, and of course the ladies loved him. As someone who liked girls (a lot), but was clueless about them, and as someone who loved rock and roll but couldn’t sing or play an instrument, I would have given all my comic books, Hot Wheels, and everything else I owned to be the frontman for what I thought was a really groovy band. 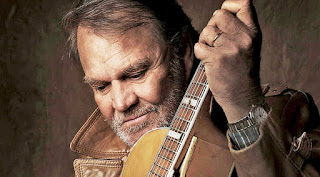 . My siblings are several years older than me and were into rock music, so as a young kid I grew up listening to such great bands as Queen, Styx, Heart, Rush, KISS, AC/DC, Jethro Tull, and Led Zeppelin. My dad was a country music fan, so I had a good education in both genres. The soundtrack for our trips to the candy store in my dad’s truck comprised such classic acts as Merle Haggard, Charlie Pride, Tom T. Hall, Johnny Cash, and Glen Campbell.

I loved songs like “Galveston” and “Rhinestone Cowboy,” and as I grew up I discovered that Mr. Campbell was not only a great singer/songwriter, but also a terrific guitarist, lending his talents as a session musician to such bands as the Beatles, the Monkees, and the First Edition. My first brush with fame was meeting Glen Campbell at a small Church of Christ in Southern Arkansas, where his brother Lindell was a preacher. We were in town visiting my grandmother for the holidays. 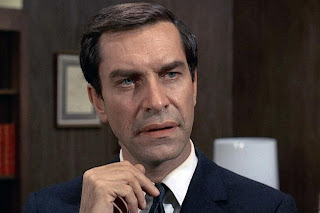 . I’ve never known anyone who liked Space: 1999, which features Martin Landau as Commander John Koenig, more than Star Trek, and this applies to me as well. Although it could be interesting at times, Space: 1999 was a dull show overall, especially for younger viewers. Koenig seemed dry and lifeless compared to space cowboy Captain Kirk (to be fair, this had more to do with the scripts than Landau’s likability as an actor).

However, I later became a big Landau fan, thanks primarily to his prominent role in two excellent films: Woody Allen’s Crimes & Misdemeanors (1989), where he played guilt-ridden Judah Rosenthal; and Tim Burton’s Ed Wood (1994), in which he did a dead-on impersonation of the great Bela Lugosi. The actor, who’s probably best known for the classic Mission: Impossible TV show, was also great in Alfred Hitchcock’s North by Northwest (1959). 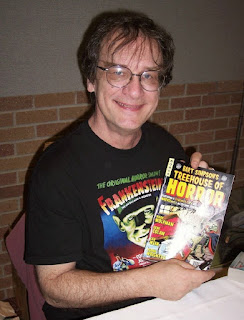 Among many other projects, Wrightson also did production art for Ivan Reitman’s Ghostbusters (1984) and created 50 pen-and-ink drawings for an illustrated edition of Mary Shelley's classic Frankenstein novel. He was a true legend of the industry. 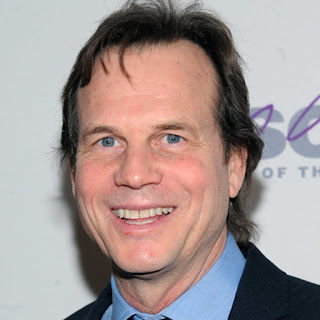 . Born in my hometown of Fort Worth, where he promoted the film industry there up until his untimely passing, Bill Paxton was a fine actor. He not only shined in dramatic roles in such movies as Tombstone (1993), Apollo 13 (1995), Twister (1996), Titanic (1997), and the criminally underseen Frailty (2001), his comic turns in such films as Weird Science (1985), where he played the obnoxious Chet Donnelly, and Aliens (1986), where he was in a state of eternal panic as Private William Hudson, gave him a well-roundedness few actors possess. 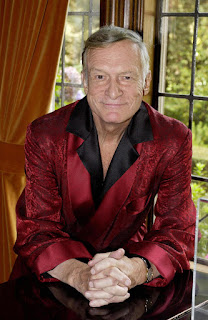 . In this era of the #metoo movement, a guy like Playboy publisher Hugh Hefner is difficult to admire publicly as he’s been accused of exploiting women and sexual harassment. Also, he was kinda icky. However, as is customary when someone dies, it’s time to focus on the positive, at least for a moment. Hef was a trailblazer in the magazine industry, publishing in-depth articles (yes, many people do actually read Playboy) on a variety of topics and literary fiction by the likes of Ray Bradbury, Jack Kerouac, Norman Mailer, Vladimir Nabokov, and Gabriel Garcia Marquez. He was also a fierce advocate for free speech.

For better or for worse, the first time I ever saw a nude adult female was in a Playboy magazine when I was about 8 or 9. I would sneak into my teenage cousin’s room and go through the ones he had stashed in his dresser drawer. I don’t recall reading any of the articles or stories, but I do remember gazing at a busty brunette who wore nothing but red socks. What an education that was.
Posted by Brett at 2:01 PM