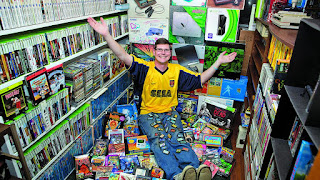 One of the more enthusiastic supporters of the SNES Omnibus project, and of retro gaming in general, Michael Thomasson wrote more entries for The SNES Omnibus: The Super Nintendo and Its Games, Vol. 1 (A-M) than any other contributor, and he's killin' it on Vol. 2. I’ve known Michael since the 2003 Classic Gaming Expo, and he’s been a good friend ever since. He’s a devoted family man, a fine writer, a big ColecoVision fan, and an all-around nice guy. He even designed the cover for one of my books. And he’ll talk your ear off with all kinds of interesting stories from the video game industry and from life in general. I consider myself lucky to call Michael a friend and colleague.

Here's his bio that will appear in The SNES Omnibus: 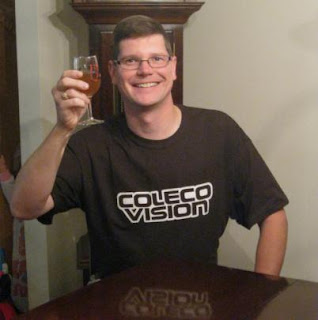 Michael Thomasson is one of the most widely respected video game historians in the field today. He currently teaches college-level video game history, design and graphics courses. For television, Michael conducted research for MTV’s video game-related program, Video MODS. In print, he authored Downright Bizarre Games, and has contributed to nearly a dozen textbooks. Michael’s historical columns have been distributed in newspapers and magazines worldwide. He has written business plans for several vendors and managed a dozen game-related retail stores spanning three decades. Michael consults for multiple video game and computer museums and has worked on nearly 100 game titles on Atari, Coleco, Sega and other console platforms. In 2014, the Guinness Book of World Records declared that Thomasson had “The Largest Video Game Collection” in the world. His businesses sponsor gaming tradeshows and expos across the U.S. and Canada.  Visit Good Deal Games.
Posted by Brett at 7:11 AM