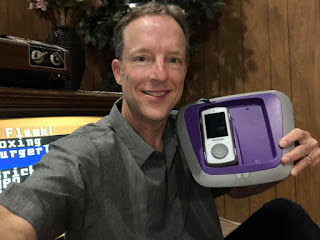 I’ve mentioned here before how remarkable it is that small companies and homebrew developers are creating brand new video games for such ancient consoles as the Atari 2600, Intellivision, ColecoVision, and Nintendo NES. It never would have occurred to me in a million years back in the late ’80s and early ’90s that this would ever happen. Once a new generation of game systems came along, most people relegated their old stuff to the attic or the garage, or they got rid of them via garage sale or thrift store donation. Worse, they’d just throw them in the garbage, and no company in its right mind would make games for a dead console.

These days, however, thanks to nostalgia, the desire for simple pick-up-and-play games, and a certain sense of coolness on par with collecting vinyl records and vintage clothing, retro gaming has become extremely popular among players and collectors. An offshoot of the retro phenomenon, which began in earnest around a decade and a half or so ago, the homebrew scene is burgeoning like crazy, with hundreds of games being cranked out for vintage consoles, including such relatively obscure systems as the Vectrex and the Odyssey2. These games typically sell for around $30 to $60 each, not unlike new games for current consoles. 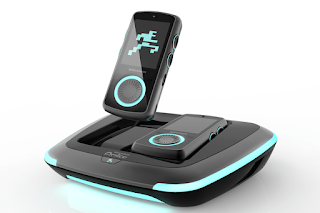 Another result of the retro gaming craze is the creation of brand-new consoles (loosely) patterned after the originals, such as the Atari VCS, which has been out for a few months, and the Intellivision Amico, which is due to hit store shelves October 28 (GameStop is currently taking pre-orders, as is Intellivision itself). A reimagining of Mattel’s Intellivision (1979), which was the Atari 2600’s more sophisticated (though less commercially successful) competitor, the Amico will feature revamped versions of such Intellivision staples as Astrosmash, Night Stalker, and Major League Baseball, as well as new takes on arcade classics like BurgerTime and Moon Patrol. Casual games will be heavily emphasized as well, such as card games, board games, and sports. One of the more highly anticipated games for the console is Earthworm Jim 4, an exclusive sequel to the popular platforming series.

Intellivision Entertainment is run by CEO and President Tommy Tallarico, a longtime veteran of the industry. Tallarico composes music for video games (along with other aspects of development) and is the guitarist and frontman for Video Games Live, a touring concert where orchestras and choirs perform as video game footage plays on a big screen. The cousin of Aerosmith’s Steven Tyler (whose real name is still Steven Tallarico—he never had it legally changed), Tallarico holds five Guinness World Records, including working on more than 300 commercially released game titles and the largest symphony show ever seen live: more than 752,000 (at a concert in China). 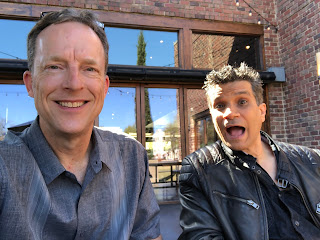 I recently had an awesome experience with Tallarico and his latest brainchild, the aforementioned Amico (which means “friend” in Italian). Tommy, a friend of mine for more than a decade, invited me, along with several other journalists, YouTubers, and industry folks, to an unannounced event at the National Videogame Museum in Frisco, Texas for a hands-on preview of the forthcoming console. We played several games on this highly anticipated retro machine, including Skiing and Shark! Shark!, which are remakes of two Intellivision favorites. I played Shark! Shark!, where you start as a small fish and swim around gobbling smaller fish and avoiding a shark, against one of the programmers of the game (he beat me, of course), as well as against GameStop’s corporate Retro Game Buyer. It was but one highlight of what ended up being an all-day event, including a group dinner at a nearby pizza restaurant. 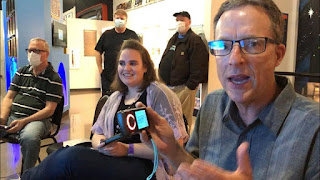 Intellivision Entertainment has been hyping the Amico, which has been delayed a couple of times thanks to the pandemic, as an all-ages console with an emphasis on local multi-player gaming (aka couch co-op), getting the family together in the living room, and simple games that even grandma can play. Every title will be rated E for Everyone or E10+, meaning parents of young kids don’t have to worry about such content as bad language, graphic violence, or anything overtly sexual in nature. Unlike certain games for other modern consoles (and handhelds), there will be no in-game ads, in-game purchases, or other such annoyances.

Critics of the console have cited its lack of online play, its simplistic visual output and lack of a disc drive, its relatively high price point ($250, packaged with two controllers), and its lack of such blockbuster multi-platform titles as Minecraft, Call of Duty, and Fortnite. As one of relatively few people who have gotten the chance to play the Amico, I can say that it was a lot of fun, especially with several players gaming at once. The controls for the games, despite the unorthodox nature of the controller, were intuitive and easy to learn. The disc on the controller, substituting for an analog stick, a d-pad, or standard buttons, was responsive and smooth, and the screen on the controller doubled nicely as a large action button. 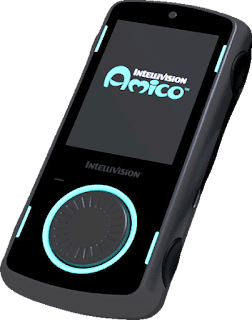 The Amico certainly won’t appeal to all gamers, but as a retro enthusiast and fan of games where you don’t have to wander around looking for a sword for a half hour before you get into the action, I’m looking forward to getting mine on day one. Plus, in an era where each family member often goes to his or her corner of the house to play games solo on their device of choice, the console’s emphasis on local multiplayer action for gamers of all skill levels is refreshing. It could be the Wii all over again, but with an Intellivision vibe and branding.

Now, you’ll have to excuse me while I go play some NFL Football and some Tron: Deadly Discs on my OG Intellivision.