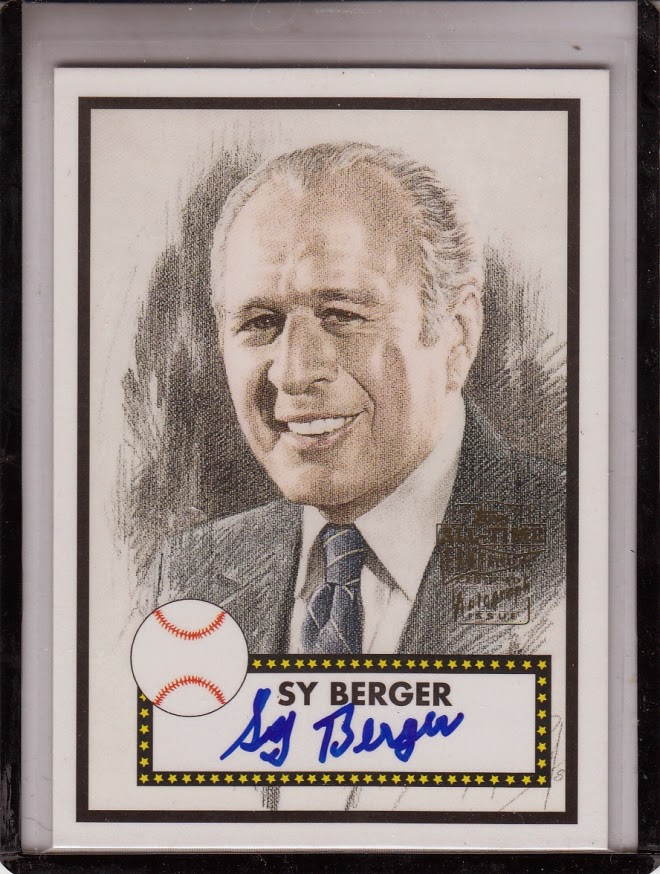 Even if the name “Sy Berger” doesn’t sound familiar to you, it’s likely that his creation will. Berger, who went to work for Topps after returning from World War II, pioneered the modern baseball card, introducing a design that included full color photos, team logos, bios and stats on the back, and facsimile player autographs on the front.

Sadly, Berger passed away Dec. 14 at the age of 91. He’s survived by his wife Gloria, his daughter Maxine Berger-Bienstock, and his two sons, Glenn and Gary.

Berger began with Topps in 1947, working his way up to vice president of the company before retiring in 1997. He continued serving as a consultant for Topps until 2002. During his early days with the brand that many consider to be synonymous with baseball cards, he was marketing cards featuring depictions of such figures as Davy Crockett and Hopalong Cassidy. (Topps was founded in 1938 as a chewing gum company, later adding cards to help sell the gum; years before that, such companies as Allen and Ginter and Goodwin & Co. would package cards with tobacco products.)

In 1951, Berger, working at his kitchen table with with cartoonist Woody Gelman, used scissors and cardboard to design the look of the famous 1952 Topps baseball card set, creating the basic template that is still in use today. Prior to the early 1950s, most baseball cards were in black-and-white, featuring little more than the player’s name, the team name (or just the city name), and a black-and-white photo.

The key card in the 1952 set is the   issue, which is the second most prized baseball card in existence, after the 1909 Honus Wagner card. While technically not Mantle’s rookie card—that honor belongs to the 1951 Bowman release—the ’52 Mantle is the one that is most sought after by collectors. On Dec. 7 of 2014, a ’52 Mantle sold at auction for $268,664. 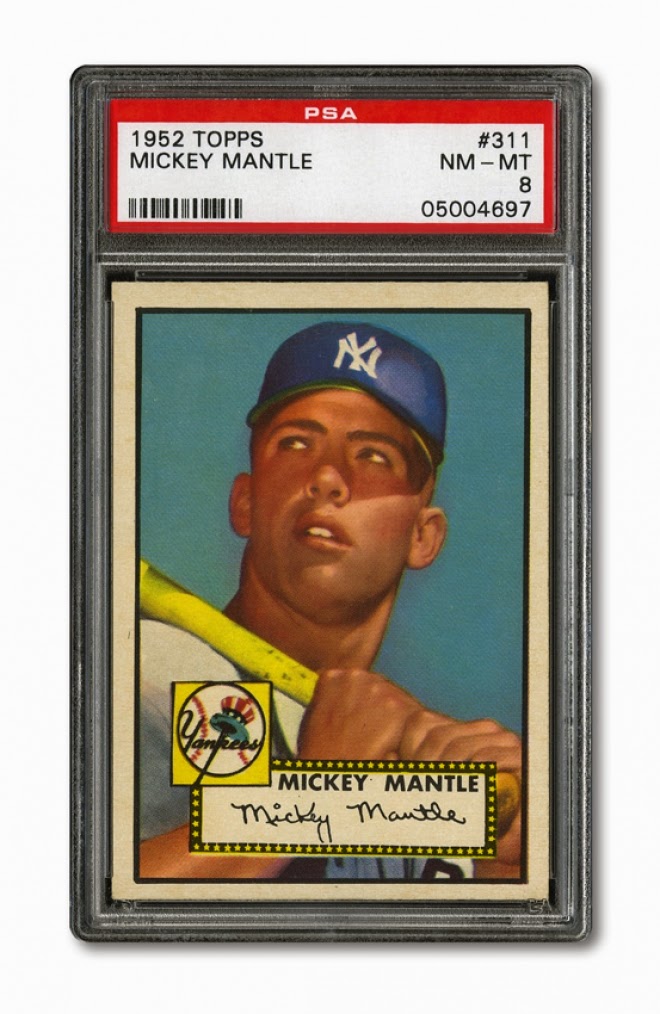 When the 1952 Topps cards were new in stores, they sold for five cents per pack. Today, an unopened package is work around $5,000, an astonishing markup of 100,000 percent.

While the set is indeed highly sought after today, it was something of a bust upon release. In fact, the second part of the set was so overproduced that Berger had to get rid of the extras.

“Around 1959 or so, I went around to carnivals and offered them for a penny a piece, and it got so bad I offered them at 10 for a penny," Berger told the Sports Collectors Digest in 2007. “They would say, ‘We don't want them.’’

In 1960, unsold cases of cards were dumped into the Atlantic Ocean.

Even so, thousands of men who grew up during the era have fond memories of pouring over Topps baseball cards designed by Berger, memorizing the stats and hoping that one day they could be in the Major Leagues and be featured on a baseball card of their own. Many kids used clothes pins to attach the cards to the spokes of their bicycle, a trick that made a nifty, fluttering, engine-like sound when the bike was in motion.

“My childhood wouldn’t have been the same without Sy Berger,” Cardboard Gods author Josh Wilker told the Chicago Tribune. “He made them more of a kids’ product and, really, it became more of a national identity of childhood.”

In addition to pioneering the modern day baseball card, Berger, who was born in New York and collected baseball cards as a child, had the responsibility of getting the players to sign contracts letting Topps use their image. They were paid a measly $75, oftentimes in credit from the company catalog.

Instead of just collecting signatures, Berger developed friendships with many of the players, including the legendary .

After hearing about Berger’s death, Mays contacted Berger’s daughter, Maxine Berger-Bienstock, via email, saying: “Goodbye to my best friend…He helped me from my first days in the majors…I never could have made it without him. We worked together. We laughed together. We grew up together…So long my old pal.”