The latest issue of Game Informer has a wonderful tribute to the late, great Ralph Baer by video game historian Leonard Herman, who I'm proud to call a friend. Herman's ABC to the VCS: A Directory of Software for the Atari 2600 was an historical first and a big influence on my "Classic Home Video Games" series. And, of course, Ralph Baer is a legend of the industry, inventing the notion of playing video games on a television set. Great job, Lenny! 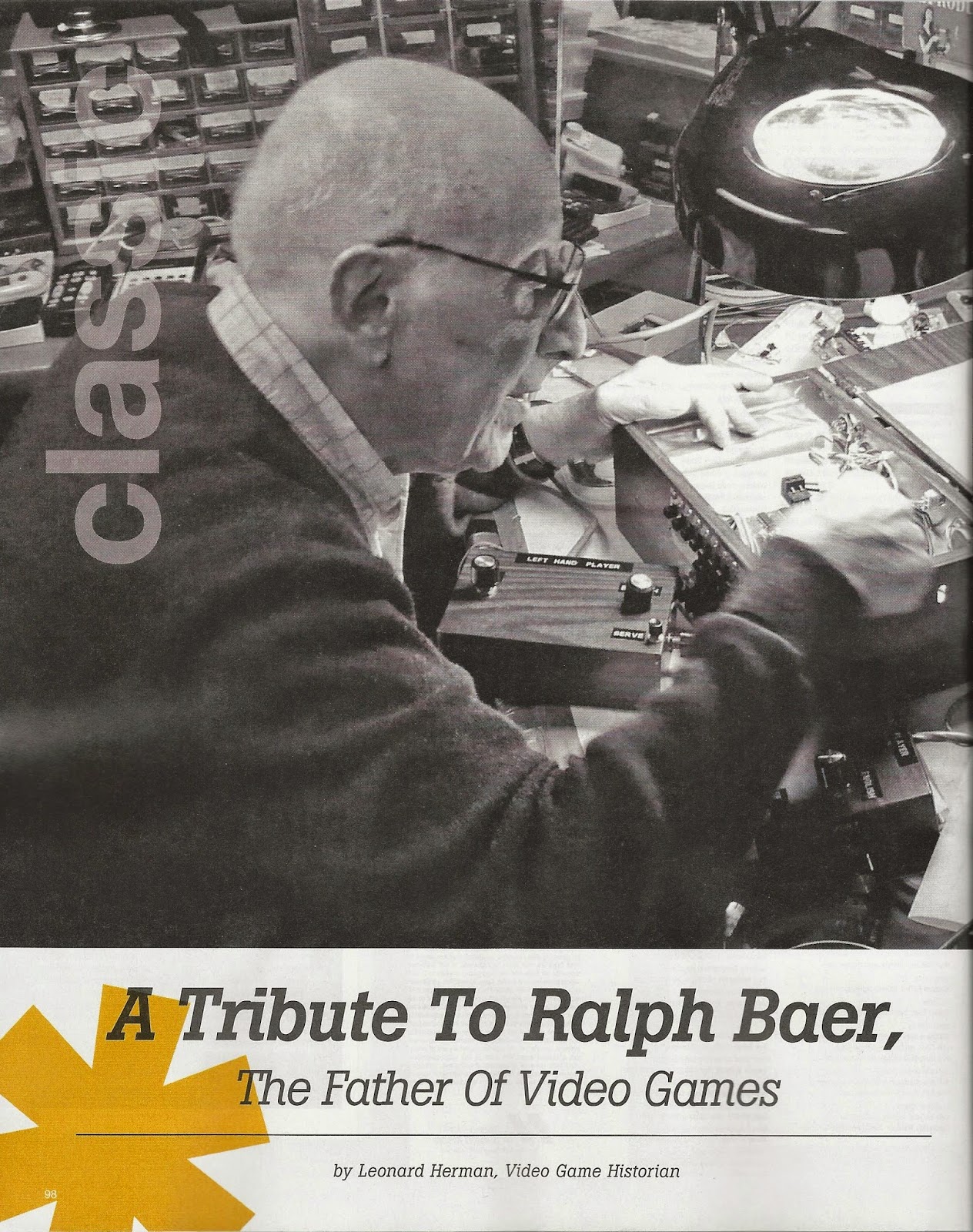 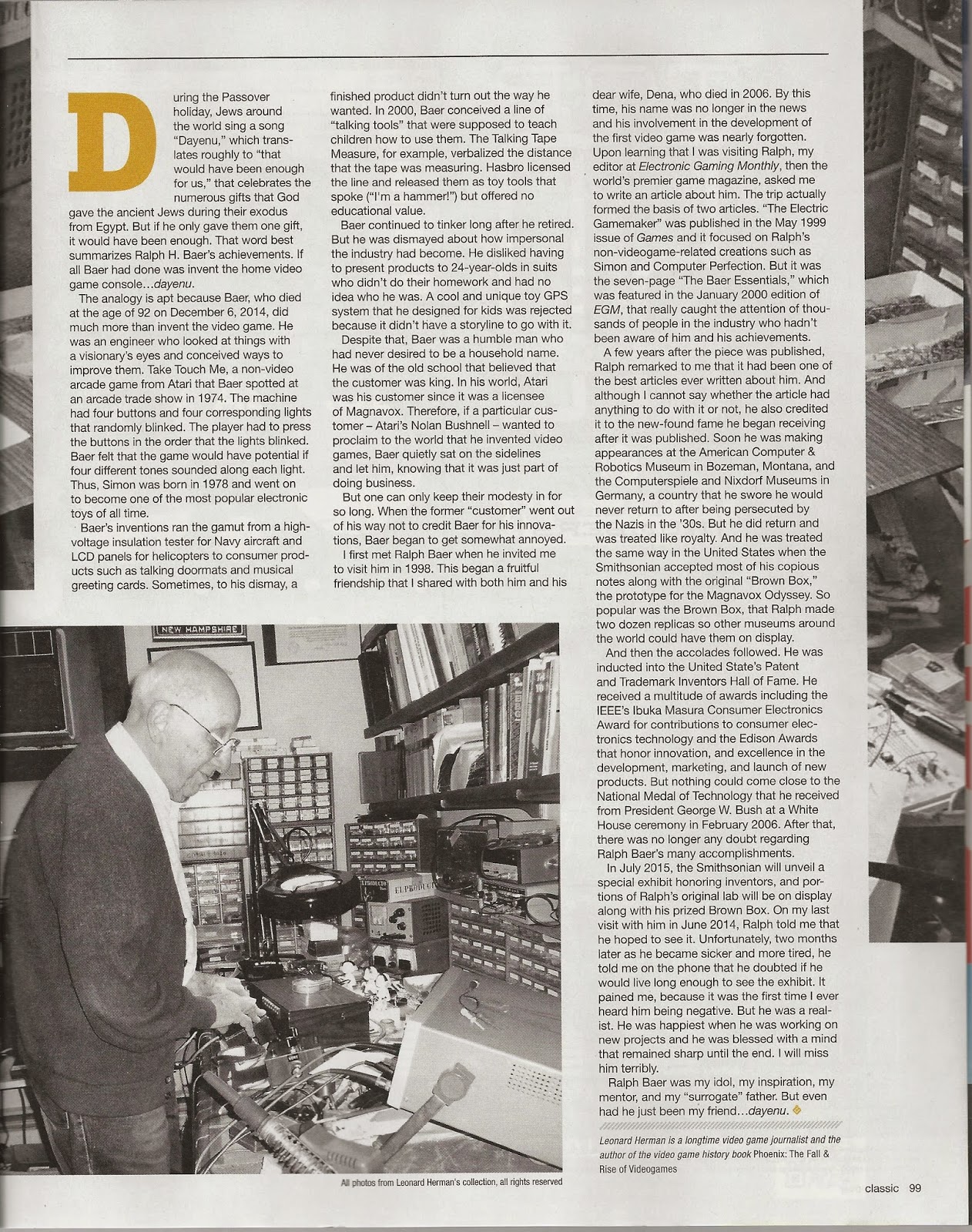