The first article I ever wrote for Fangoria was a review of Bill Warren's Keep Watching the Skies. The review appeared in the long-running horror magazine in 2010. Here's that review, reprinted for your perusal. 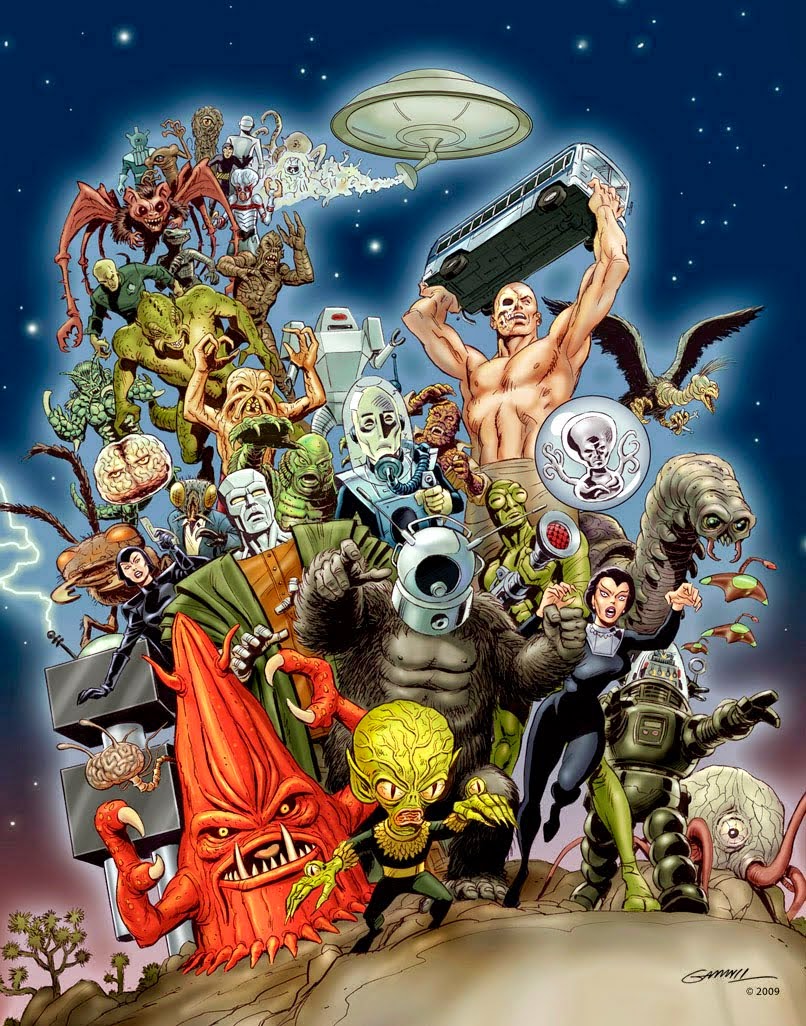 The wait is finally over. Bill Warren’s magnum opus on science fiction movies of the 1950s is back in print, this time emblazoned with a gorgeous cover by monster maven and comic book artist Kerry Gammill (Bela Lugosi’s Talesfrom the Grave). This new edition, which includes revised, corrected, and expanded commentary on many of the hundreds of films featured, supplants the two original volumes, which were released in hardcover in 1982 and 1986, and the two-in-one trade paperback from 1997.

Truly a labor of love, Keep Watching the Skies! American ScienceFiction Movies of the Fifties (which actually goes through 1962) is Warren’s exhaustive, almost Proustian remembrance of things past, specifically the creature features that mesmerized him as a kid and that continue to thrill and chill him today. If the picture includes something gooey, slimy, bug-eyed, tentacled, robotic, space-faring, or otherwise otherworldly, you can bet Warren has an opinion on it, from such seminal standouts as The Day the Earth Stood Still (1951), Forbidden Planet (1956), and TheTime Machine (1960) to such obscure oddities as The Flame Barrier (1958), The Maze (1953), and Snake Woman (1961).

The big, heavy, lavishly produced book is filled with lively, fun-to-read information about each film, from production notes to cast and crew quotes to amusing anecdotes, the latter of which includes such gems as Warren’s cousin’s surprising reaction upon seeing Target Earth. Warren quotes liberally from other sources (a good thing), and he’s adept at peppering the entries with plot synopses, critical (though accessible) commentary, comparisons to other films, comparisons to literary source material, and much more. Entries range from two pages for Z-grade bombs to 10 or more pages for big budget classics. Many entries feature crisp black-and-white photos, and there are two sections in the book containing movie posters reproduced in color.

Warren occasionally misses the boat, such as when he fails to mention that Space Master X-7 (1958) was the inspiration for an Atari 2600 cartridge (1983’s Spacemaster X-7), but any book can be nitpicked, and this one is largely above reproach. The next time you watch an SF classic released in America between 1950 and 1962, be sure to have your copy of Keep Watching the Skies! on hand to supplement the viewing experience. The book is expensive, but it’s the type of tome you’ll refer to again and again, making it easily worth the price of admission.