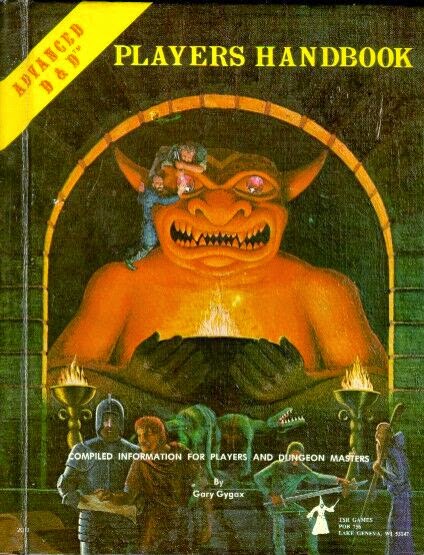 In 1974, Dungeons & Dragons, the popular, but widely misunderstood role-playing game, was born. It was the brainchild of Dave Arneson and Gary Gygax, friends who were fully immersed in the miniature war gaming scene, in which players would roll six-sided dice and engage in tabletop battles using miniature figures, often of their own design. D&D (as it’s commonly known) was an outgrowth of Gygax’s own creation, Chainmail, a miniature war game set in medieval times.

Released by Guidon Games in 1971, Chainmail included a “Fantasy Supplement” that featured such fantastical creatures as dragons, elves, and wizards. According to expert war gamer Keith Veronese of io9.com, each miniature figure “proxies for 20 of a certain type of soldier, whether it be armored foot soldiers or a low class horse rider. This system allowed for large battles between mixed classes based on the outcome of six-sided dice rolls with minimal ‘on table’ confusion.” 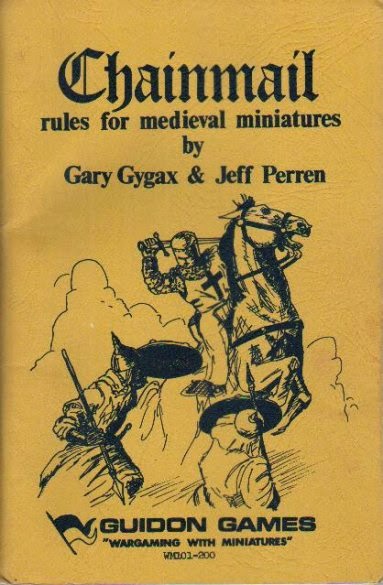 Gygax wrote the rules for Chainmail with his associate, Jeff Perren, but Arneson tinkering with the game is what led to the formulation of Dungeons & Dragons. In an interview published on pc.gamespy.com in 2004, Gygax said: “Even when you’re playing miniatures, there’s still some role-playing aspect. You'll pretend to be the commander of the group, and so forth. The one-to-one rules tended to make that aspect more prominent. It was Dave Arnenson, though, who started playing a Chainmail game where each of his players had just one figure on the table. That was the impetus for me to put together what eventually became Dungeons & Dragons.”

Originally released as a boxed, three-volume rules set, Dungeons & Dragons takes place in a fantasy world similar to that of J. R. R. Tolkien’s Lord of the Rings, but Gygax claims he was inspired more by the works of Robert E. Howard, L. Sprague DeCamp, and Fritz Lieber when creating the monsters, magic, and scenarios for the game. The magic system is based on Jack Vance’s 1950 fantasy classic, The Dying Earth.

“I’m not a big Tolkien fan,” Gygax said. “I did love the movies, but I yawned through the books. I found them very droll and very dull. I still don't give a hoot about Hobbits.”
A typical D&D campaign finds a group of six or so guys sitting around a table, rolling dice, drawing maps, consulting rule books, leveling up their characters, and pretending they are battling monsters and circumventing traps while on a quest for treasure in a spooky cave or forest. One player is the Dungeon Master (DM) while the others are adventurers.

According to David M. Ewalt, author of Of Dice and Men: The Story of Dungeons & Dragons and The People Who Play It (2013, Simon and Schuster), the Dungeon Master’s job is to “dream up a scenario, something like ‘Archaeologists have discovered a pharaoh’s tomb in the desert, and the players are grave robbers who have to break in and steal the hidden treasure.’ He also has to sketch out the details, like making a map and deciding where the traps are, where the treasure is, and what monsters are guarding it. This act of creation gives players an unknown world to explore and keeps the game session different from the last.”
An experienced DM can make things especially interesting for the explorers, as Ewalt explains: “He might decide the players should start out in a Bedoiun near the tomb and negotiate with the sheik to buy a couple of camels. He could plan for them to be waylaid by desert raiders on the way to the tomb. And once they’ve found the pharaoh’s treasure, he may ask them to make a moral choice: The treasure carries a curse, and if it’s removed from the tomb, the region will suffer 10 years of famine. The players will have to weigh getting rich and letting thousands die against leaving empty-handedand protecting the innocent.”

Unlike most other games, Dungeons & Dragons is cooperative, not competitive, a trait Ewalt believes is one of its biggest strengths.

“Players work together to advance the story and solve problems, not beat each other to the finish line,” he said. “There’s rarely a real ‘winner’ in a D&D game; no single player comes out on top. In fact, winning is something of an alien concept…It’s more about the journey than the destination, to invoke that old cliché, and about developing your part in the story.”

Like other D&D devotees, Ewalt believes the fantasy RPG enjoys distinct advantages over other types of games, such as Monopoly, where players “just push a premade plastic token around a board. Instead, they create a ‘player character,’ or PC, a unique persona to be inhabited like an actor in a role, imbuing it with motivation and will and action.”

Jordan Weisman, creator of the original Shadowrun role-playing game, concurs. He recently told Game Informer magazine that “D&D changed the player’s relationship with the game. For thousands of years, players were either not represented in a game at all (Mancala, backgammon), in the role of a commander of units on the board (chess, war games), or took on the ‘role’ of an existing token (Snakes & Ladders, Clue).”
Weisman, who claims certain intense Dungeons & Dragons sessions have made him laugh, pace, sweat, and even shed tears, says the RPG has been especially impactful on the video game industry. “I don’t believe that it is an overstatement to say that all first-person and third-person games are descended in one way or another from D&D,” he said.

Speaking more broadly, Dustin Browder, game director at Blizzard on StarCraft II and Heroes of the Storm, said, “Every game that lets you pretend to be someone else owes its core idea to Dungeons & Dragons.”

In the four decades since D&D was introduced, the game has gone through a number of changes and expansions, including new character classes, new rule books, monster manuals, players handbooks, supplemental modules, the late 1970s advent of Advanced Dungeons & Dragons (a revised, rules-heavy version of the original game), and the change of publisher from TSR to Wizards of the Coast, which bought the property in 1997. Tie-in movies, video games, novels, comic books, toys, miniature figures, and a cartoon series were released as well.
Despite a morality scare during the 1980s, in which various religious groups blamed the game for all manner of evil and occult activities, D&D has remained a staple of the hobby industry, moving more than $1 billion in merchandise in the U.S. alone.

The continued popularity of the game has driven up the prices on vintage D&D-related material, which was produced in relatively low numbers. A search of recently completed eBay sales turned up the following: 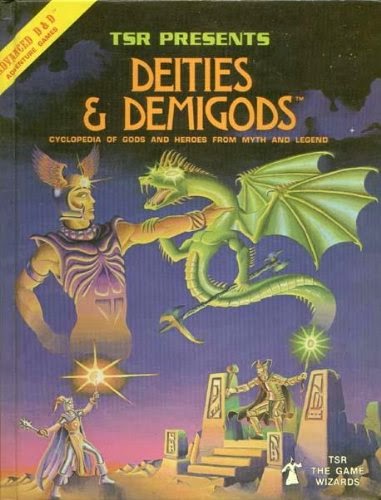