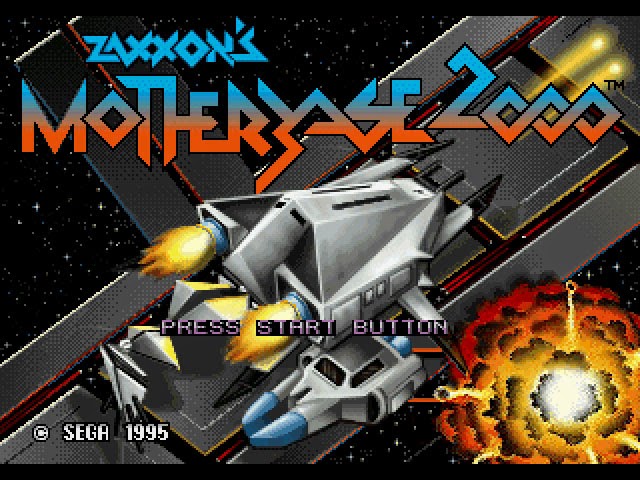 A highly disappointing modernization of Sega's superior arcade game from 1982 (which was simply titled Zaxxon), Zaxxon's Motherbase 2000 is similar to the original in that players fly their ship from an isometric perspective, and the object is to avoid obstacles and gunfire while shooting enemy ships, gun turrets, and other obstacles. However, the controls are sluggish, the 3-D polygonal graphics are blocky, there's tons of slowdown, and the bosses fill up an inordinate, frustration-inducing portion of the screen. Worst of all, your ship can't climb or descend, making the game all but unplayable. A two-player shoot-out mode and the ability to dock on special couriers in order to gain armor and additional weaponry can't save this game from its mother lode of faults.
The original Zaxxon was a visually arresting and highly challenging Arcade game, and it translated nicely to both the ColecoVision and the Atari 5200 systems. As a huge fan of Zaxxon 3-D for the Master System, my expectations were naturally high for this 32-bit rendering of the Arcade semi-classic. Unfortunately, Zaxxon's Motherbase 2000 didn't come close to meeting a single criterion for what can be considered to be a quality gaming experience. 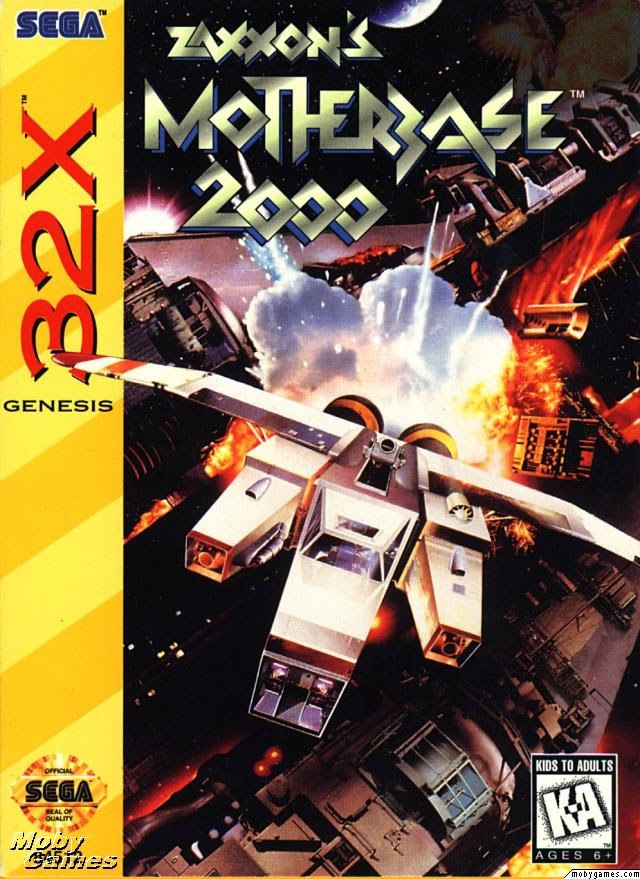 First of all, the controls for the game are incredibly limited. You can only move in four directions! This is astounding considering the fact that in all previous versions of the game you could fly your ship in eight directions. In this game, you can only fly left, right, forward and back.

Eliminating climbing and descending from the standard Zaxxon control scheme was an inexcusable act on part of the designers. It destroys a big part of what made the original game so very cool, that of flying above and below obstacles and enemy fire.

In addition to limited directional movement, the sluggish controls don't help much either. Most of the ships are clumsy, and tremendous slowdown occurs throughout the game, especially in the midst of a battle with a giant boss. Many times you'll feel as though the game is taking place underwater instead of in outer space. 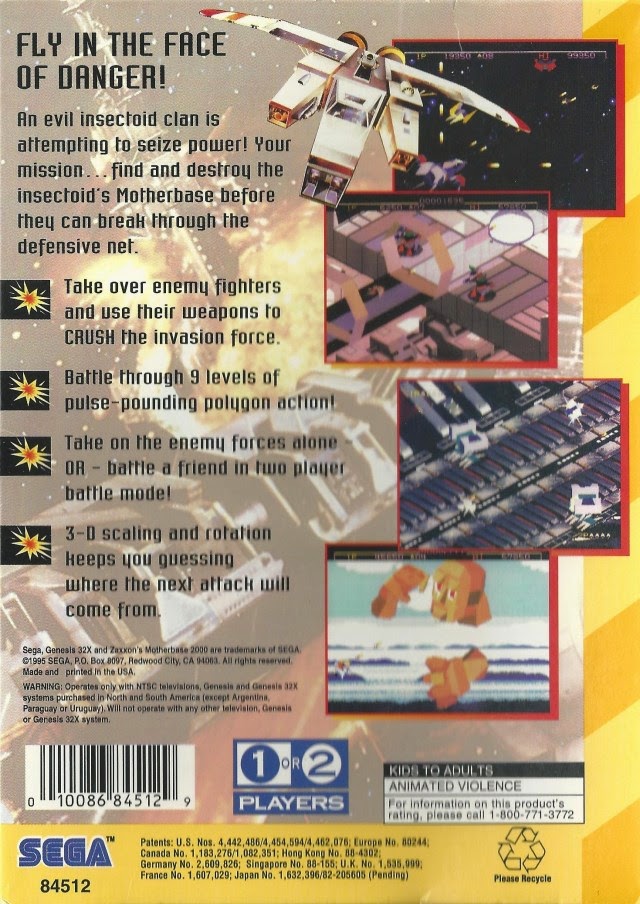 While not bad in theory, battles with the giant, robot-like bosses present a boring and frustrating experience. The bosses are so big that, when combined with various large obstacles, they often take up an inordinate amount of screen space, giving the game a claustrophobic and uncomfortable feel.

The ability to jump from your standard ship into a courier ship adds little enjoyment to the game, and you won't find any of the weapons systems as very interesting or memorable. Equally, the two-player mode pathetically tries to add some pizzazz and originality to the game. Poor controls, horrendous slowdown and dull gameplay plague this portion of the cartridge as well.

Zaxxon's Motherbase 2000 never gets any less frustrating or dull. Diehard Zaxxon fans and newbies alike will despise this game. It's unfortunate that Sega didn't ditch this title early in production to create an arcade-perfect version of the original Zaxxon for its 32-bit system. Now that would have been something to see!

OTHER ZAXXON GAMES:
Posted by Brett at 7:17 AM