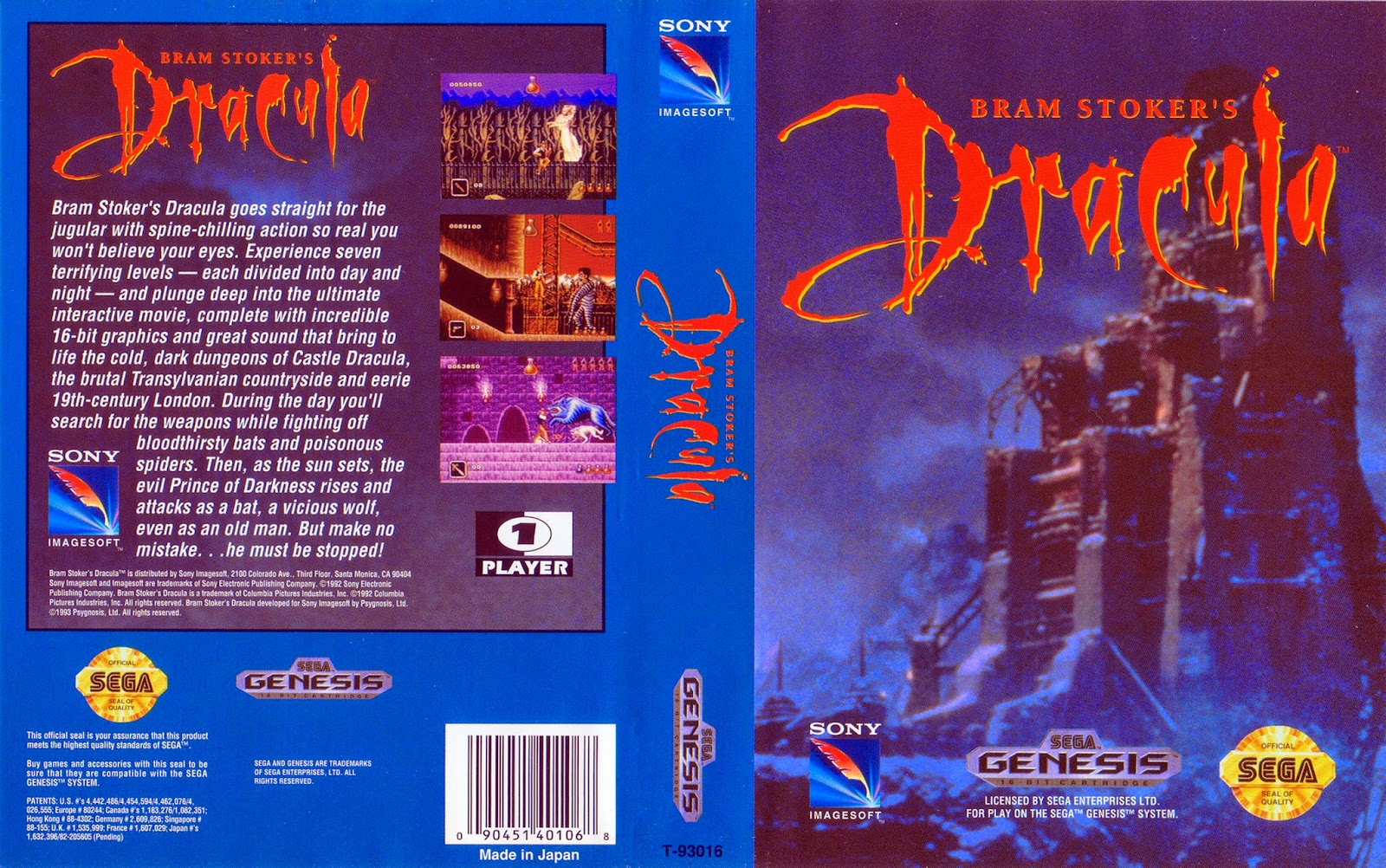 Based on   artfully directed 1992 film,  for the Genesis casts you in the role of Jonathan Harker, the world's first vampire slayer. The Prince of Darkness has cast a hypnotic spell on your mistress, the lovely Mina Murray, and you intend to rescue her.

Armed with a sword, you must hack and slash your way through seven levels (each of them divided into day and night) of creature feature mayhem. Among other monsters, you'll do battle with bats, wolves, witches, hatchet men and laser-spitting skulls. To help you exterminate these hideous fiends, you can find a gun, some dynamite and several other weapons. Eventually, you'll face Dracula himself. Drive a stake through the world's most famous bloodsucker and you've won the game.
The action in Bram Stoker's Dracula takes place in and around Castle Dracula. You'll walk, jump, crouch and slash your way through a rat-infested inn, mossy fields of jagged rocks, a haunted library, a monstrous barn and a petrified-forest. The levels include moving platforms, secret passages, puzzles, fiery pits, floating tables, hovering walkways, a giant moat and much more.

Bram Stoker's Dracula, starring Gary Oldman and Keanu Reaves, wasn't a masterpiece in terms of storytelling, but it was a lavishly produced film with terrific visuals and some unique camera angles. Bram Stoker's Dracula for the Genesis is also very nice to look at, but if offers nothing new (relative to 1993) in terms of gameplay. The basic platform action is very standard stuff.

There's nothing inherently wrong with a game that brings little or nothing new to the table. After all, every game can't be groundbreaking and revolutionary, but a game should offer some entertainment and a few surprises. Bram Stoker's Dracula offers both of these, but in small doses. 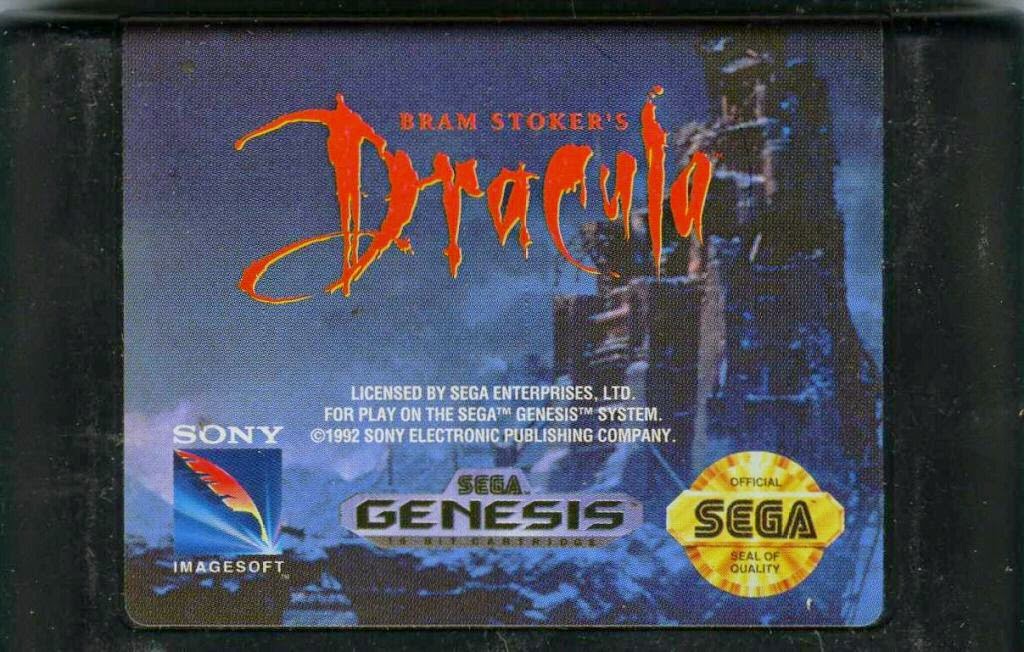 The sword you wield is extremely fast. You can whip that sucker out in a split second and swing it again and again at speeds faster than the eye can see. This would be really cool if it served a purpose other than being able to defeat many of the bosses in a decidedly mindless manner. Some of the bosses require a little strategy to defeat (you must use your special weapons), but others you can just walk up to and kill by hitting them with the sword over and over.

A better use for the sword would be to ward off hordes of rats, bats, skeletons and spiders, but these creatures usually approach you one or two at a time and are easy to kill off. It would be great if at some point in the game you were to get trapped in a graveyard and had to hack and slash your way through hundreds (or at least tens) of skeletons that suddenly began rising from their graves. Rats could even get in on the action.

But, alas, nothing this interesting ever happens in the game. Usually, you just walk and jump along, killing things one at a time, just like in so many other scrolling platform games. At one point some invulnerable witches chase you, and that mixes up the action a little, but with such a fast and powerful sword at your beck and call, it's frustrating not to be able to put it to really good use.

Bram Stoker's Dracula provides a sufficient challenge, but the game is not overly fun. The bosses can be challenging, but you will probably lose most of your health energy by getting snagged on some incredibly annoying spears that pop up at many points throughout the game. There are hidden passages throughout that are marginally enjoyable to explore, and like I said earlier, the graphics are very nice. The music is also very cool. Unfortunately, the game comes up short in terms of pure gameplay.

OTHER VERSIONS OF BRAM STOKER'S DRACULA: