Rod Taylor and The Time Machine

I was sorry to hear of the passing of the great Rod Taylor, star of The Birds and The Time Machine, the latter of which is one of my three favorite films of all time (along with Annie Hall and Forbidden Planet). A few months ago, I wrote about the film (and the book) for my Pop Culture Collective Column, which appears monthly in AntiqueWeek. Here's the article, reprinted for your perusal. 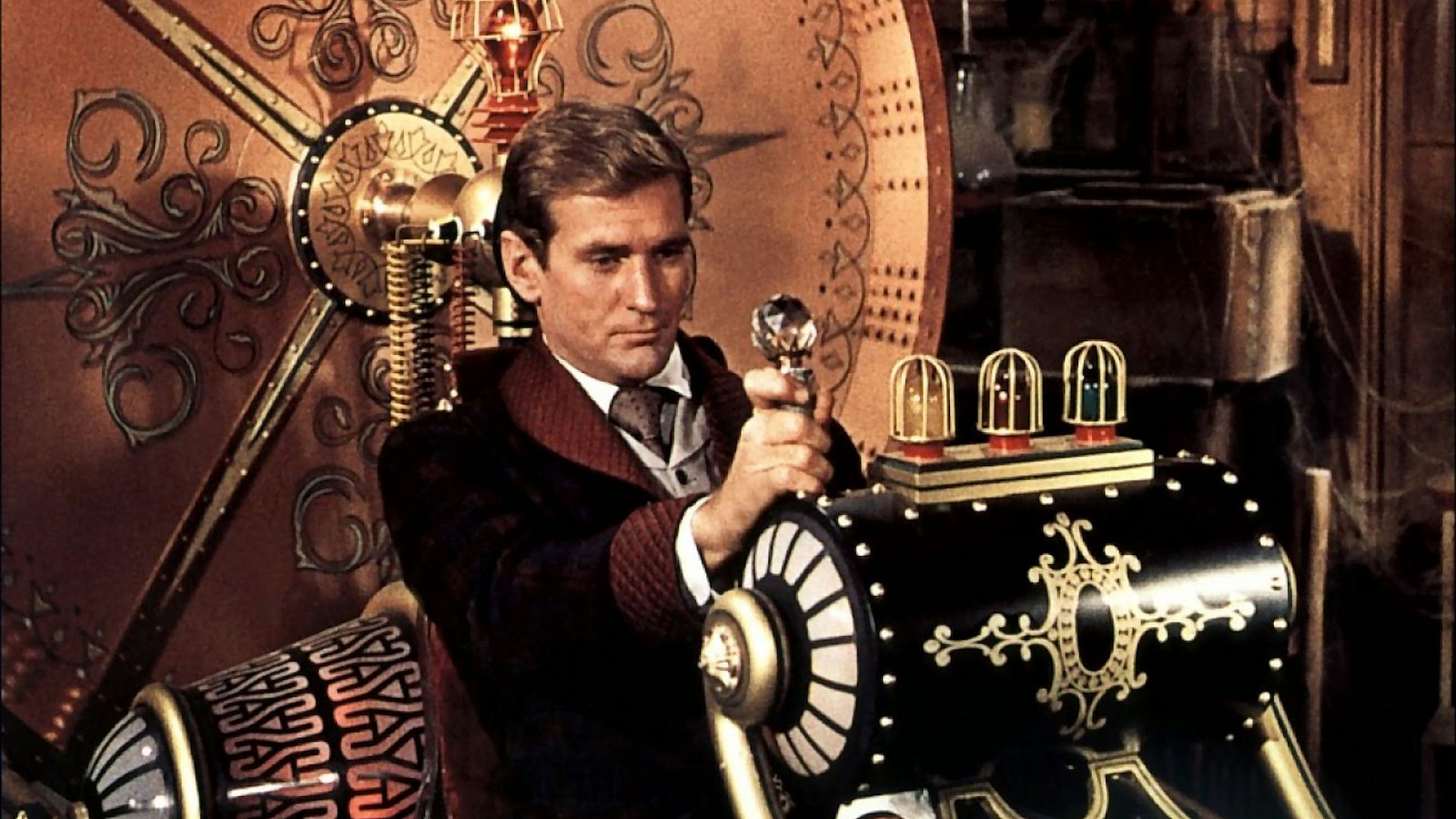 Whether we’re talking about the original H.G. Wells novel from 1895 or the George Pal feature film adaptation released in 1960, I love The Time Machine. I’ve read the novel four times and have lost count of how many times I’ve watched the movie.

I have a huge Time Machine poster in my game room and watched with envy the episode of The Big Bang Theory in which Sheldon and the gang pitch in to purchase a Time Machine of their very own (unlike the Big Bang fellas, I would have found a spot in my house for the admittedly cumbersome and impractical contraption). I even named the antique booth I opened last year after The Time Machine.

In both the book and the film, a Victorian Englishman travels to the distant future and encounters a humanity divided into two species: the weak, ineffectual Eloi, who live on the surface and represent the vestiges of the upper class; and the monstrous Morlocks, who live underground and represent the remnants of the working class.

In both works, the Morlocks are cannibals, feeding on the hapless Eloi. However, in the book there’s much more of an emphasis on class distinction. Wells was a Socialist sympathizer and an advocate for the working poor of late 19th century England, who labored long hours, made pathetic wages, and lived in miserable housing conditions. This was in stark contrast to the wealthy industrialists and other elitists living a life of leisure. 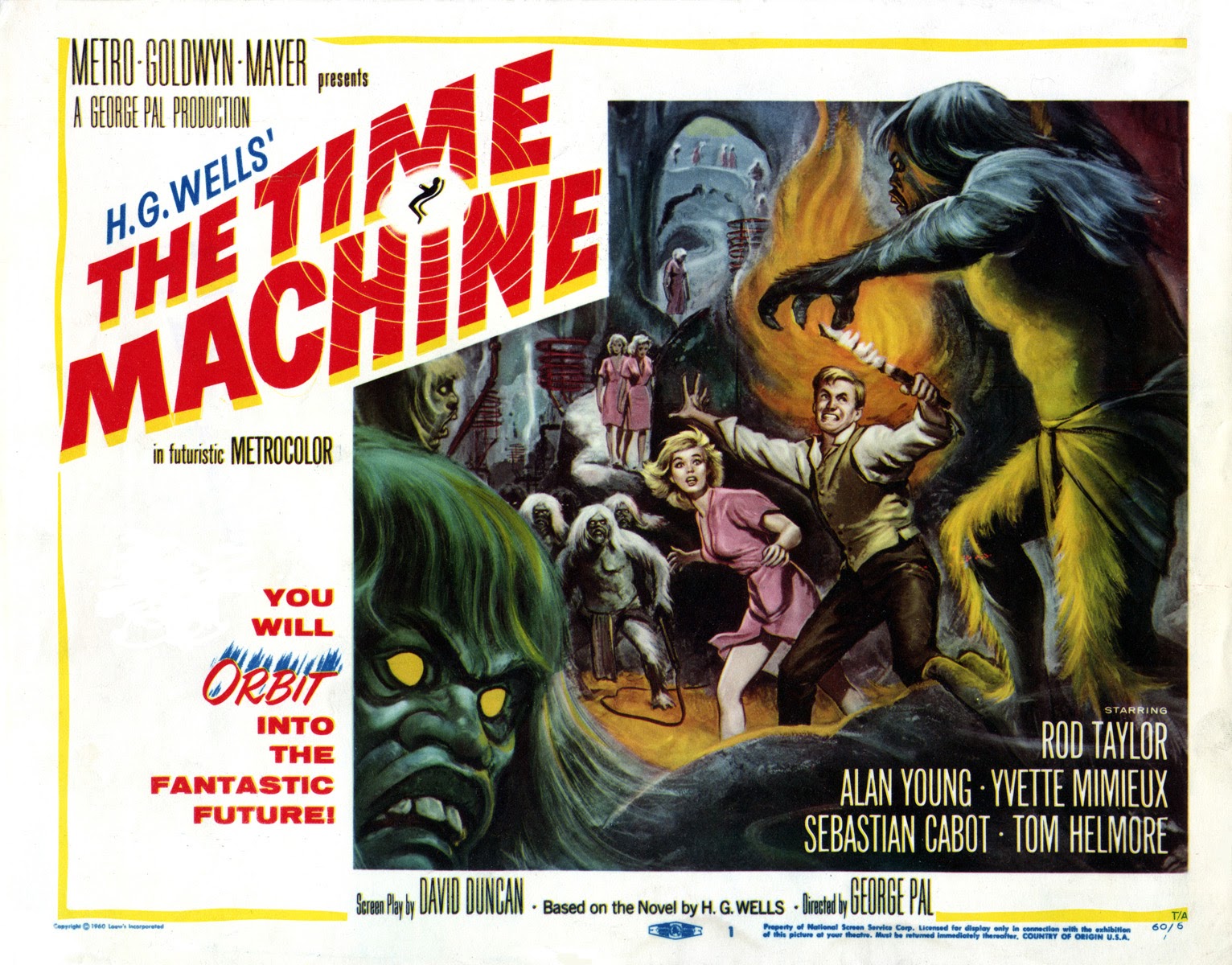 In the film, which was produced during the height of Cold War paranoia, the division of species is between nuclear survivors: those on the sunny surface and those who hide in subterranean nuclear shelters.

Overall, the movie does a nice job adapting the book, but there are various other differences, many based on the trappings of the film medium and audience expectations. In the movie, the Time Traveler (now known as George), played by Rod Taylor, develops a romantic relationship with the beautiful Eloi named Weena (Yvette Mimieux), who can speak English and appears fully adult (in the book, the Eloi were small and unintelligible).

The film is more violent as well, but—SPOILER WARNING—it does have a much brighter outlook for the future.

In the movie, after going home for a while, George returns to the future, reunites with Weena, and presumably lives happily ever after in a world in which the Eloi are newly empowered and the Morlocks have been destroyed. In the novel, the Time Traveler ends up even further into the future when Earth, decimated by a divided society, is a dying planet. 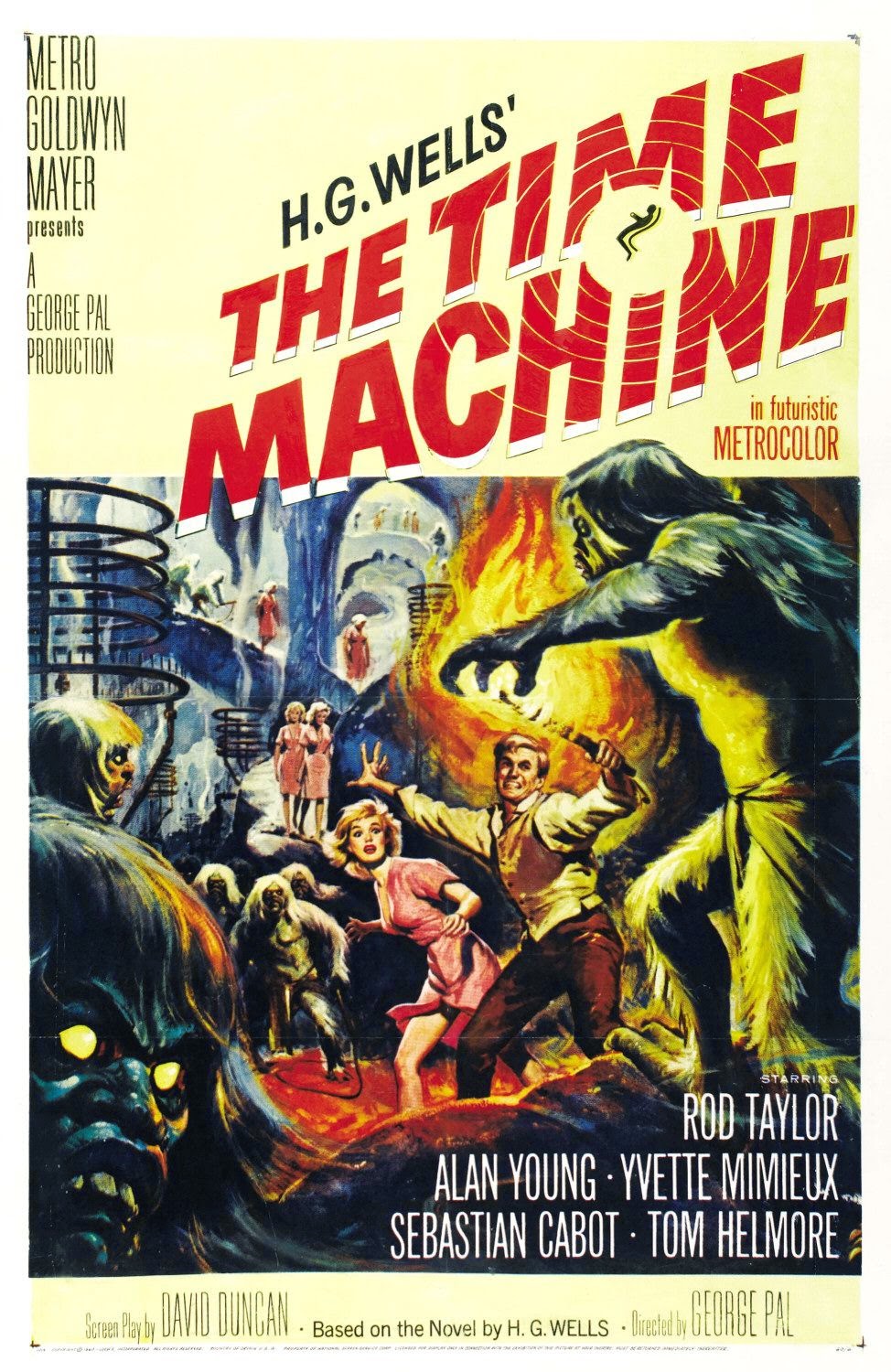 Of that terribly depressing future, he says: “I cannot convey the sense of absolute desolation that hung over the world. The red eastern sky, the northward blackness, the salt Dead Sea, the stony beach crawling with these foul, slow-stirring monsters, the uniform poisonous-looking green of the lichenous plants, the thin air that hurt one's lungs; all contributed to an appalling effect.”

Regardless, both works are a product of their time, and both are hugely entertaining.

The Time Machine poster I mentioned earlier is a replica that I purchased at a recent Dallas Comic-Con for only $15. If I were to get an original, it would set me back around $1,200 to $1,400.

My well-worn copy of the novel is a Bantam Pathfinder edition from 1968, worth less than $5. I also downloaded the book for free to my iPhone via Amazon Kindle. If I were to purchase a first edition of the book from 1895, I would have to sell my house or at least my car. Currently, on abebooks.com, there is an assortment of American and British first editions ranging in price from several thousand dollars up to $45,000.

On July 8, The Time Machine will finally be released on Blu-ray. If you haven’t seen the film, I recommend it to any and all fans of classic cinema. Provided, of course, that you read the book first.

Just be sure to avoid the wretched 2002 movie (starring Guy Pearce and Yancey Arias), which the late, great Roger Ebert once called “a witless recycling of the H.G. Wells story from 1895, with the absurdity intact but the wonderment missing.”