The Flash of Two Worlds

The cover to The Flash #123, , has been riffed on many times. I especially like this new fan-created piece based on the two Flash TV shows: 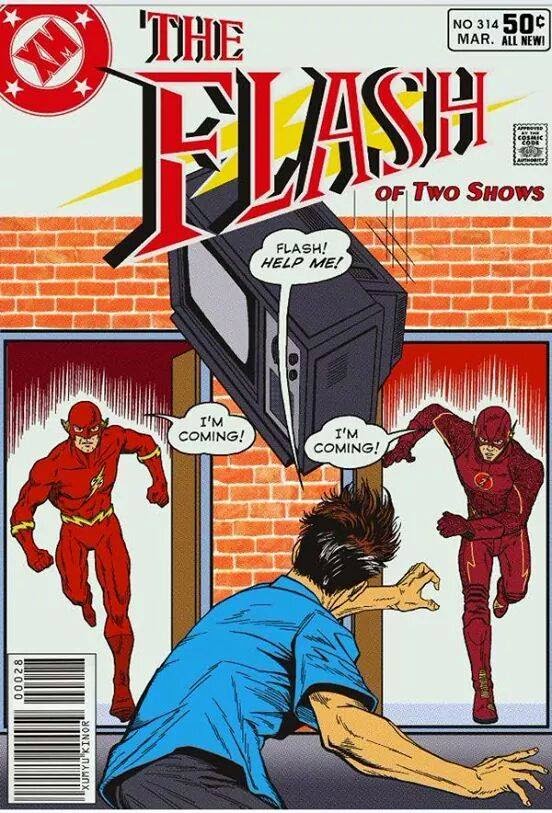 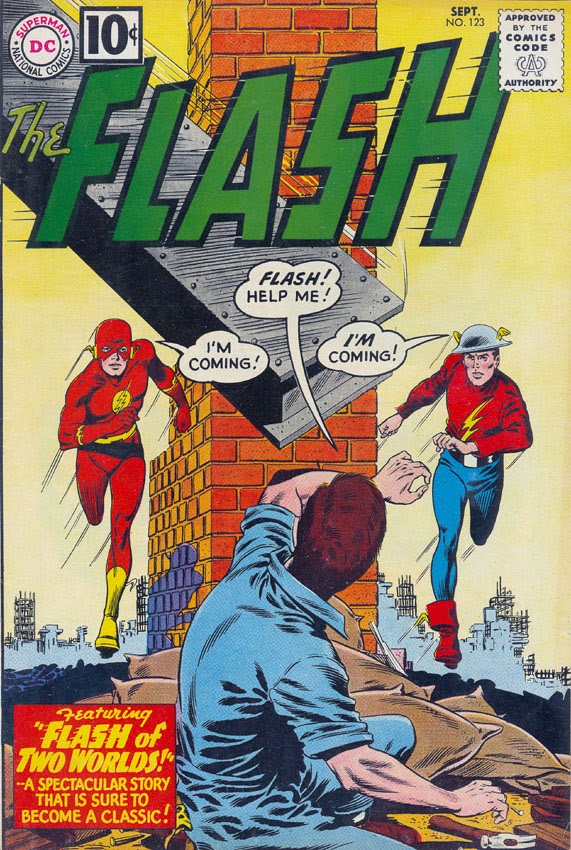 The Reprinted Story, Available on Amazon: 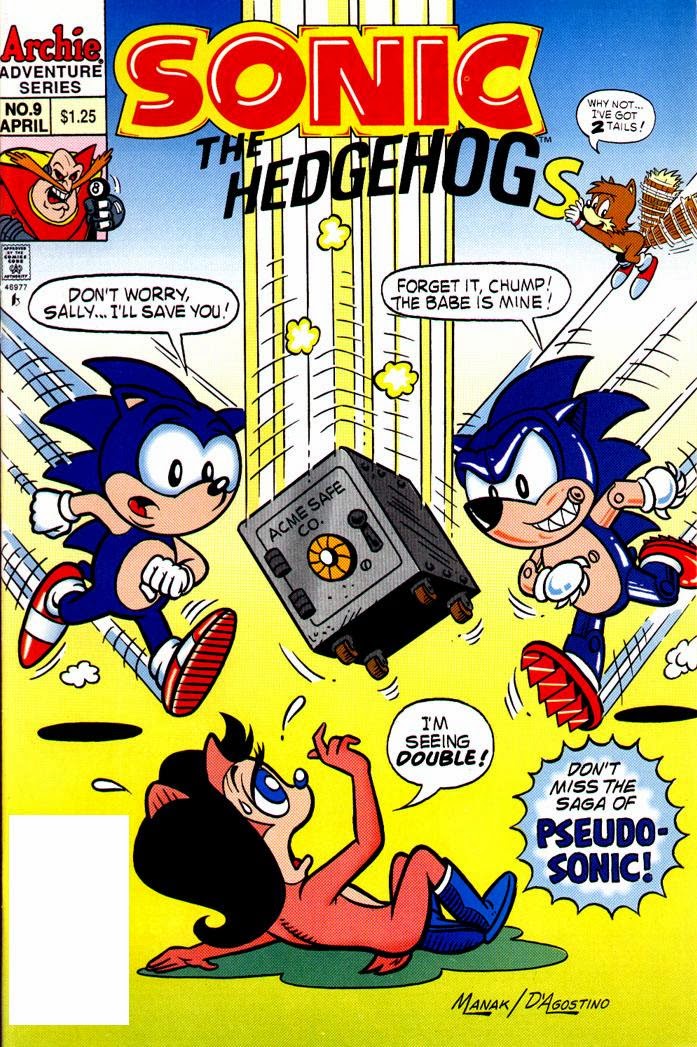 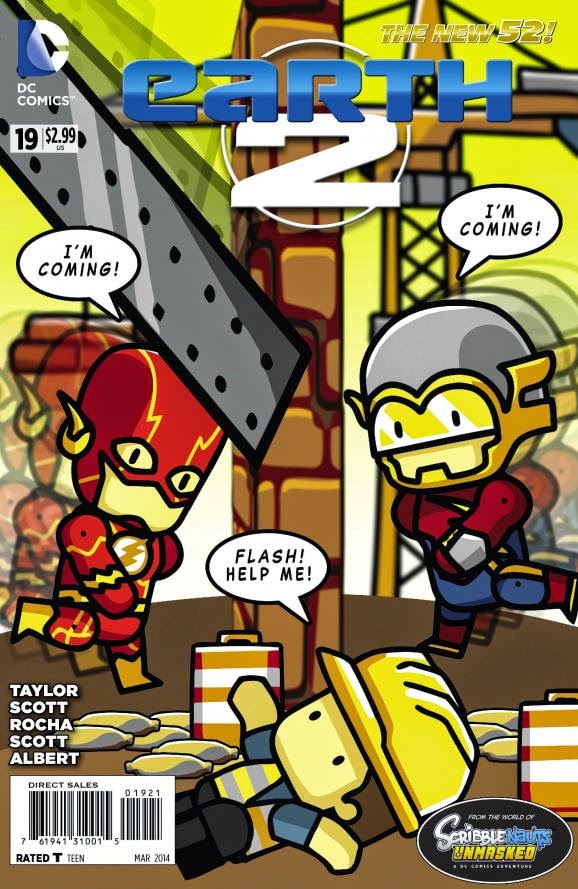 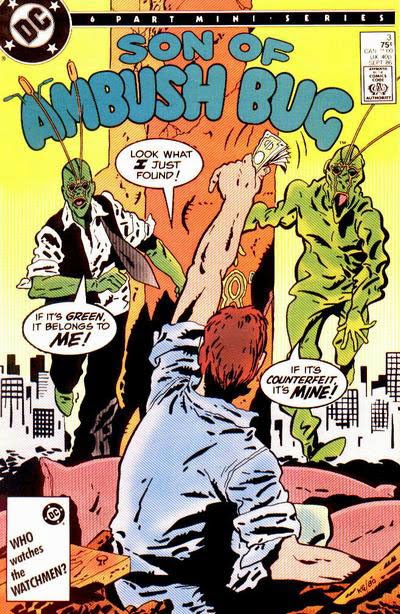 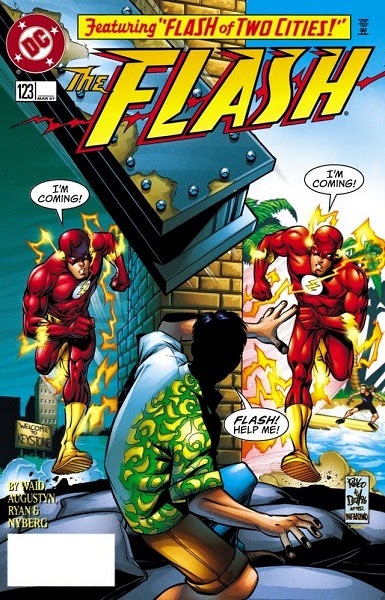 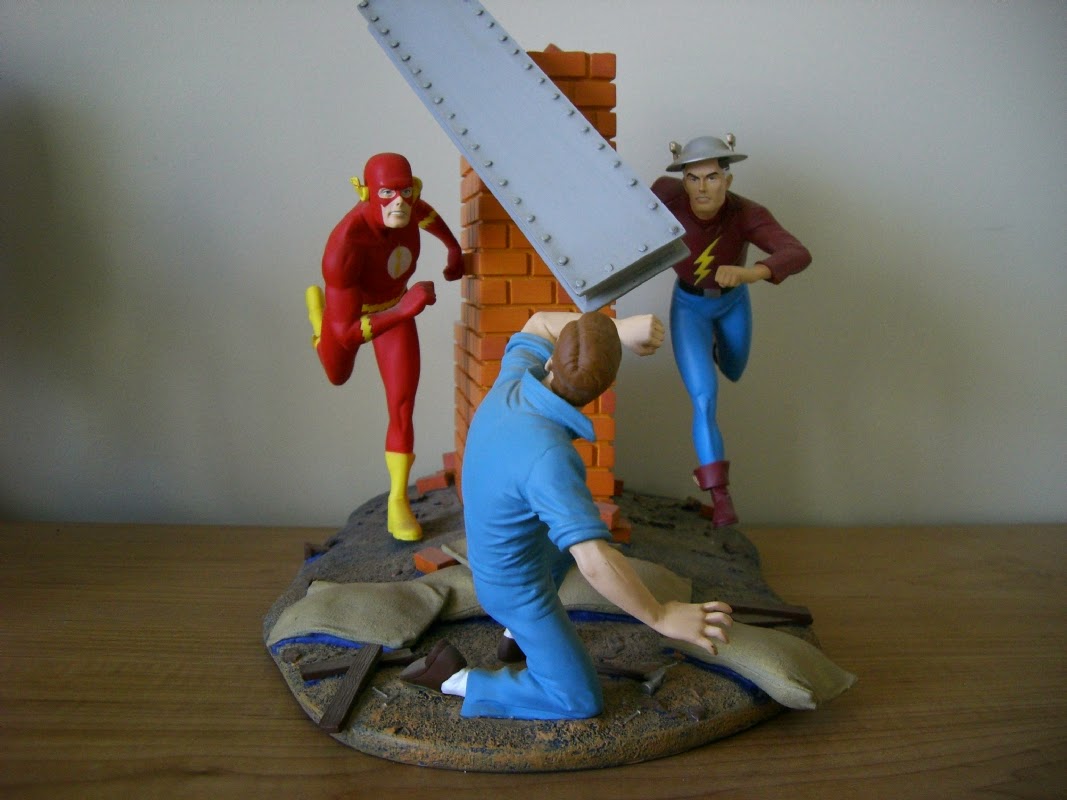 The Story (from Wikipedia):

"Flash of Two Worlds!" is a landmark comic book story that was published in The Flash #123 (Sept. 1961). It introduces Earth-Two, and more generally the concept of the multiverse, to DC Comics. The story was written by Gardner Fox under the editorial guidance of Julius Schwartz (whose subsequent autobiography was titled Man of Two Worlds), and illustrated by Carmine Infantino.
Plot Summary:

At a charity event organized by Iris West, the Flash is using his super-speed to perform magic tricks to entertain the children there as the magician has not come. During a rope climbing trick, the Flash begins vibrating his molecules to appear invisible when he suddenly disappears from the stage. He finds himself outside in a strange city, which he discovers to be Keystone City, the home of the Golden Age Flash. Keystone City is located on Earth-Two (not named as such in this story), an Earth in a parallel universe. On Barry Allen's world, the Golden Age Flash is thought to be a fictional comic book character. Barry looks up Jay Garrick in the phone book, and introduces himself to the older speedster. On this Earth Jay had retired years earlier, the year his comic book series was canceled on Earth-One, and married his longtime girlfriend Joan Williams. Barry claims Gardner Fox's thoughts must have been tuned in to the events of Earth-Two.

Meanwhile, three of Jay's archenemies, the Fiddler, the Shade, and the Thinker, have joined forces to bring their old nemesis out of retirement. Garrick describes three incredible crimes that were committed recently. The Flashes split up, with Barry taking on the Thinker and Jay against the Shade, but they are unable to defeat them. The two criminals meet afterward and realize there are two Flashes; they hurry to warn the Fiddler of this turn of events. The Flashes go after him, and save a man from a falling steel girder. The Fiddler manages to stop the two Flashes with his musical powers, and orders the two speedsters to commit robberies for him. Just as the villainous trio are about to flee with their loot, the two Flashes capture them. It turns out that they had put jewels in their ears to block the Fiddler's mind-control music after he told them to put down the jewels they were carrying and pick up larger jewels, and played along in order to fool the criminals. Barry returns to his Earth after Jay announces he is coming out of retirement.

Effects of the Story:

The success of "Flash of Two Worlds" encouraged DC to revive many of its Golden Age characters. Eventually, crossovers between the two Earths would become an annual feature in the Justice League of America comics, beginning with issue #21, "Crisis on Earth-One!" (August 1963), and culminating in the 12-issue mini-series, Crisis on Infinite Earths.
The cover itself has become an iconic image, and has been referenced in the covers to Flash v.1 #147 (Sep. 1964), Dark Horse Presents #67 (November 1992), Flash v.2 #123 (Mar. 1997), Impulse #70 (Mar. 2001), and Flash Rebirth #5 (Jan. 2010), among others.
In 2004, a near-mint copy of The Flash #123 sold in a Heritage auction for $83,000.[4]
In Final Crisis #2 (August 2008), the location of this story is revisited by Wally West (the Third Flash) and Jay Garrick (the First Flash), but by the time of Final Crisis the Central City community center has become an abandoned strip joint. Later in the same issue it becomes the location for the return of Barry Allen (the second Flash), for the first time since his apparent death in Crisis on Infinite Earths #8 (November 1985).

The comic was referenced in the September 28, 2009 episode of The Big Bang Theory, "The Jiminy Conjecture". It was the comic lost by Sheldon in the cricket bet to Howard.


he concept of the Golden Age Flash being a comic book character on the Silver Age's Earth, and his retirement on his Earth coinciding with the cancellation of the series, is reused in the Justice League two-parter "Legends". It features the titular team visiting a Golden Age era reality with the "Justice Guild of America", a team similar to the Justice Society who are said to have been characters in a comic book series within the DC Animated Universe. John Stewart says the comic series was canceled and the League later deduce that this occurred when the team was killed in their timeline.